The ceilings must have been 10' high, the walls, ceiling, and floors all formed from poured concrete. The size of the doors gave the impression of giants.  Kel and I were seated in small wooden chairs with built in desktops... like small children. It was mid-day and we had already logged 250 miles on the Russian highways. This was our final full day in Moscow of our first trip. We were awaiting the Minister who would accept our petition to adopt.

We sat in the hallway, crammed into little desks in a straight line against the wall. We had watched the people in front of us come and go... it would be our turn next. We had been waiting for this moment since making our decision late last night. We would sign our intent to adopt Sasha, and later in the day we hoped to learn the outcome of her blood test. She was to be our daughter no matter what. We were anxious for the outcome, and emotionally stripped, but resolved and at peace.

As we waited, our guide and lifeline Anastasia walked us through some final documents. She had the official documents in Cyrillic and an accompanying document that she had translated for us into English. As we glanced over it, she pointed out the transliteration of Sasha's original name as submitted by her birth mother. We had seen it in the Cyrillic on several occasions--алэксандра, but for the first time we now saw it translated into English. Kel and I instantly looked at each other with a shared knowledge and inspiration.  We already had a name picked out... Hannah Elise Shepherd. But, as we viewed this name that had been hers from her birth, we knew that it was to be her name forever.


I had been desperate for her name for such a long time. In January of that same year I had written in my journal these words:

To Find Her Name


It is starlight and crisp wind.
It means the sound of water in a lush forest.
It is the song of a distant bird piercing melancholy through the mist.

Her name means fearsome beauty that assaults my soul and abducts my heart.
Her name is reminiscent of childhood friends and fairy tale magic.
Her name captures the goodness of my Mammaw and the lore of our family.

Her future will be reflected by its past.
I know its meaning, and search to capture its form.
I roam my dreams...I find answers there.


After our final signature, and moments before we stood up to walk in, Anastasia's mobile phone rang! She quietly took the call, facing away from us.  She softly ended the call, turned to us, and said, "I have the results, the test is negative. Sasha is in good health."


We barely had time to react with smiles and relief (and suppressed the urge to shout) and the door opened.  We were ushered in to sign the papers.


The timing was remarkable. We were overwhelmed. Within a brief 2 minute span we had the revolution of our daughters name and learned that she was disease free! Uncertainty had given way in total surrender to hope and a new beginning. Our faith had seen us through.


And the day had a final small surprise yet to yield.


The man that served to notarize our Petition For Adoption had formerly represented the U.S.S.R. at the United Nations, and also was an 18 year member of the former Soviet Supreme Court. I was amazed as I learned that the man who was making it possible for an American couple to adopt a Russian child had only a few years earlier been a ranking member of the "Evil Empire." Beneath the white, blue, and red stripes of the flag of Russia, he flourished his distinguished signature and sealed the document. 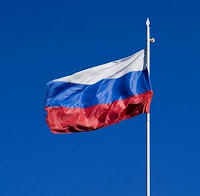 I sat transfixed by the significance of the day, and now the man who shared our experience. His attention began to shift to whatever filled his calendar after us, and it was our cue to leave. And still, I sat staring. He looked up and our eyes met. I held his gaze and I extended my hand.


I had violated protocol, and for a moment he simply regarded me with a stoic expression. I began to realize my faux pas, and as I felt my face began to flush, he slightly smiled and met my hand firmly with his own. We exchanged nods as I mouthed a breathless "thank-you," and then we quietly took our leave.


Yes, the ceilings were every bit of 10 feet tall, and indeed giants had passed through the archways. But that day we added our own bit of history to that building. An incredible coming together of hopes and dreams and prayers that collided in breath-taking moments.


We walked in beautiful elation down the stairs and to our waiting van overcome and stunned with awe. We had made our choices based on our belief, and based on who we wanted to be. We had been active participants in the outcome of the day. We knew that it could have been dramatically different, and yet the story would not have been diminished and we would still have been blessed.  We were humbled by the outcome.


I think we cried again that night, like the previous night. But these tears slid off our cheeks and moistened our pillows sweet with thanksgiving. And still, we knew that our journey was not yet even halfway complete. We turned out the lights and listed to the sound of the heater and the humming of the traffic below, knowing that when the sun rose,  the coming day would present the most difficult moment we had yet to face.

To Continue, click the link below:
Aleksandra Elise: (7) Sunlight, Finches, & an Upright Piano