A Message from Heaven in a Dream

“We are such stuff as dreams are made on, and our little life is rounded with a sleep.”
-Will Shakespeare

It was the type of dream that when I woke, I was convinced that I was still in a dream. The other world seemed more believable. Maybe I just liked it better?

I was walking through the family room on the lower level. It was mid-day. The back door was open like always and I could hear the neighbor's parrots talking in the sunlight. My mobile phone rang. It wasn't it's normal ring-tone. I don't typically answer calls that I don't recognize here... it's too risky. Extortion is a real fear.

But I couldn't resist the ring-tone. Somehow it felt familiar. I took the call, held the phone to my face and said, "hello?"

The voice stopped me. In fact, it stopped everything. I quit breathing... and then began gasping.

I couldn't speak. I just took in deep breaths as tears fell down my cheeks. I tried to say his name, but I couldn't form sounds. I finally managed to whisper out... "Pop."

By now the tears were a constant stream down my face and I was nearly hyperventilating. Kellie came into the room and I grabbed her arm as I put the phone on speaker. "It's Pop."

My grandfather (Pop) passed away this past May. He was my  spiritual mentor. He was my conscious. He was the one who loved me more than I deserved to be loved, and was also the one who was in my face when I needed corrected. From the time I was old enough to understand, he was telling me that God could use me to do great things.

I disappointed him some in life. I felt like I never was able to measure up to his expectations. So many days now I wish he could take part in what we're doing. Sometimes I just feel alone. I feel inadequate. I feel foolish. I still make dumb mistakes.

Kellie looked at me with confusion and disbelief as Pop's voice came from the phone, loud and clear like he was in the room.

I heard the phone click off. The call was over.

And that's when I woke up in bed, my face and pillow wet from the real tears that had been pouring from my face.

I don't know what you believe, and I won't try to convince you. But I will tell you this. That ole' bird made it. My Pop made it to heaven. He always worried that he wouldn't, but God took my ole' Pop home.

And somehow... Pop found a way to let me know. Keep fighting. Keep pushing. Stay the course. Finish the race. You don't give up. No matter what. Ole' Pop loves you.

It was really him. I have no doubt.


And it shall come to pass afterward, that I will pour out my spirit upon all flesh; and your sons and your daughters shall prophesy, your old men shall dream dreams, your young men shall see visions - Joel 2:28

And it shall come to pass in the last days, saith God, I will pour out of my Spirit upon all flesh: and your sons and your daughters shall prophesy, and your young men shall see visions, and your old men shall dream dreams - Act 2:17

“Dreams are the touchstones of our characters.” ― Henry David Thoreau

Posted by Chad P. Shepherd at 1:24 AM No comments:

Children's Day in Guatemala
We decided to dress as Pirates for our students.

Confirmation comes to me like an unanticipated blow to the head. I've no doubt that if I were a biblical character, I'd be the one getting scolded by a donkey, swallowed by a whale, or climbing a tree and becoming the subject of a ridiculous song.

The story would continue in spite of me. I've heard it said that God uses the unlikeliest of people, and I suppose that explains why He chooses to use me.

I was dressed like a pirate when the family of a young mother who committed suicide was desperate to find a home for the orphaned infant.

I wore print blue bow-tie with a pink striped shirt when a desperate young life came spilling out secrets and searching for escape.

I walk around with ridiculous hair as I am sought out for hugs and reassurance by young lives in search to belong.

I sit at my desk with argyle socks and crocks and my hair askew as instant messages pop in desperate moments of life.

Welcome aboard my accidental intentional life. The broken cords in my hands become the lifelines of others. My unexpected wanderings are become the intentional provision of the One who created the winds and the depths.

The route to here was anything but direct, and yet I am in this place at this time, pilfering futures from the ghost-ships of the lost. I stand tied as a bewildered witness to the weathered mast of miracles.

I ride these waves for such a time as this.

"We're beggars and blighters and ne'er do-well cads...
Yo ho, Yo ho, a pirates life for me." 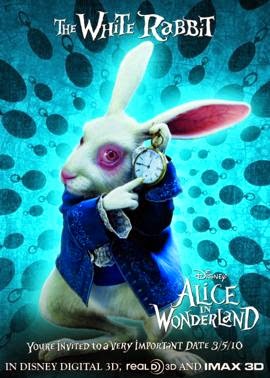 I am chasing the white rabbit.
Today while I sat at my desk within the school, I looked up to see him sitting underneath a small tree, nibbling on the soft underbrush among our concrete garden. He hopped over to the planter and seemed to kiss the edge. I now understand why the seeds haven't grown. 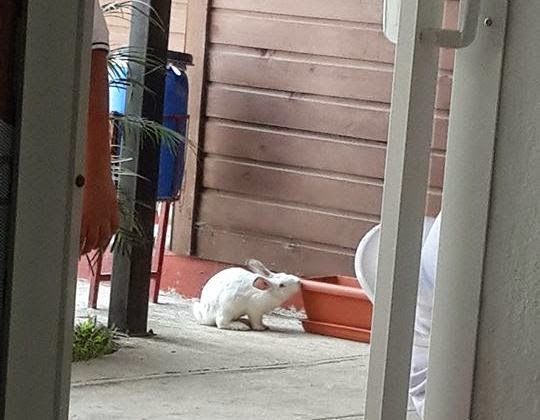 His regard seemed to evaluate me as his nose shrugged with each rapid chew. I looked deeply into those bright pink eyes and the clock on the wall inexplicably ticked a single second. This was quite odd since the battery had been dead for days. Just as quick as that, the white rabbit began hopping away and I doubted that the whole thing had quite happened.

And so the day ended and the clock remained still.
A backpack laden walk took me across concrete, through an under construction building, and down a concrete and rubble ramp to the rainy season grass of mud. Across the field, next to my car... the white rabbit sat again regarding me. 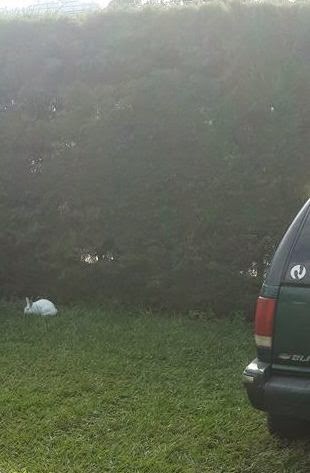 How curious. I looked for his hole. I bent to collect some clover on long stem and I made my way to the white rabbit. While he didn't run, he casually kept a buffer between the two of us. Slowly he led me to a tall green hedge with a single small hole. The white rabbit turned to look at me as I held the clover in my hand, nibbled at the green of the hedge, and then disappeared through the hole

What else was I to do? What would you do?
I've read the account. I pressed my head into the hole.

The white rabbit was about a meter away to my left, scratching at an empty disposable water bottle. He seemed completely unsurprised of my intrusion. I watched as the white rabbit again eluded me, traveling ease along the undergrowth. I watched until I could see him no more and then withdrew my head from the hedge.

Ah yes... of course. There was a crowd of three gathered to watch as I bow-tied and jacketed stood from the hole. I snickered as I thought about shouting, "I'm late! I'm late!" It became even funnier as I considered that everyone is late in this country... that's one of the main reasons I love it.

How long is eternity Mr. White Rabbit?
Ah yes... you answered me with the single tick of a clock.
Sometimes just one second.

Perhaps you are correct.
I am still there now.

P.S. For another White Rabbit Adventure:

Down the Rabbit Hole

(Only for those who are willing to enter.)

Posted by Chad P. Shepherd at 1:04 AM No comments: