Close to the Sun in Lonely Lands 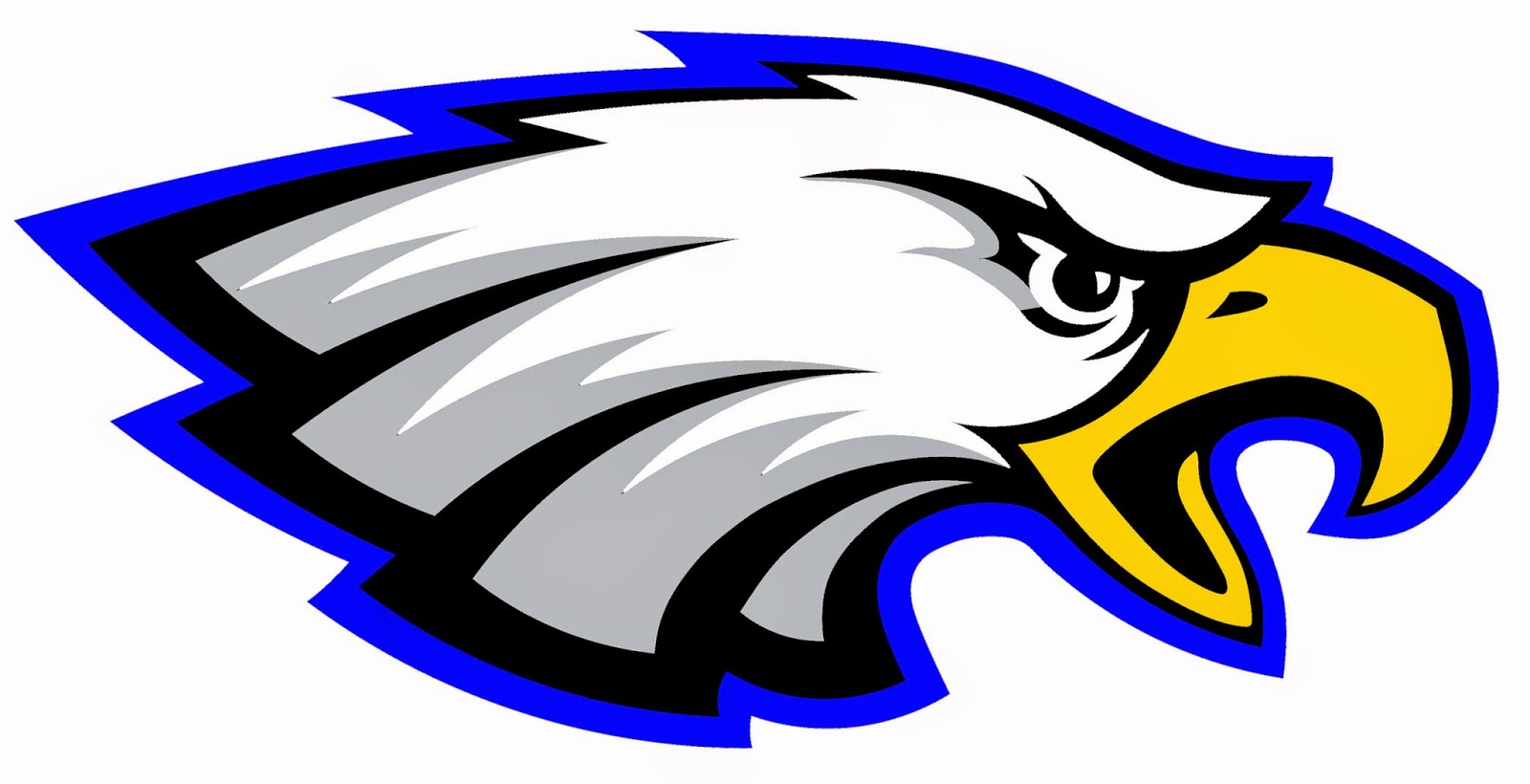 He clasps the crag with crooked hands;
Close to the sun in lonely lands,
Ring'd with the azure world, he stands.

The wrinkled sea beneath him crawls;
He watches from his mountain walls,
And like a thunderbolt he falls.

The computer rested on my shoulder, the speaker near my ear. Two ladies were having a conversation in the adjacent room and they spoke with a latin gusto.

The question came at me a third and persistent time from Joe, 2000 miles north. I was annoyed and opened my mouth to tell him that I didn't have time... he already had my answer. But I held my tongue and took a deep focusing breath. I decided to just let my emotions do the talking as I impatiently pressed the computer to my ear and spoke above the fray.

So you ask if the past year has exceeded my expectation? Well, yes. It has exceeded every expectation. I mean... come on. We were reckless. We were unprepared. We had no guarantees. We dumped everything for a calling. Most who do this fail and return home within the first year.

You know what? I had already resigned to the outcome that I'd be returning home with my head hung in shame, penniless with nothing to show for all the confidence, prayer, and support that so many had placed into us. I silently wondered, and I'd told absolutely no-one this, how in the world I'd begin again, a forty year old man with three kids and a wife, starting with nothing like a college graduate.

I had already internalized the shame of failure. But...I also understood something else. Failure was favorable over denying the call. It was just this simple... I was willing to fail for the opportunity to answer Jesus' "Come Follow Me".

But here's the main thing. I like who I am so much better now than before."

"Let me stop you right there," he said. "I want you to grasp the significance of what you just said." "You've just voiced something that very few people ever will in a lifetime." "You've taken the leap and now you look back over your shoulder and you see that God has changed you."

The conversation had stopped in the room next-door and I eased the computer down to the desk. Ignoring the glass windows and doors and the people who could see me, I just rested my head beside the computer as tears fell from my face. I had nearly missed this moment due to my impatience. Joe had pushed me to answer this question until I answered it from my soul. I was overwhelmed as I considered my answer.

I've learned that failure really is acceptable when we land on our knees in the service of God. Sometimes I have to fall down in order to look up. Sometimes God needs me in the ditch, or in the mud. It really doesn't matter. I can serve Him from anywhere.

I've learned that having expectations of other people is nothing more than an excuse to quit. We can't control other people, we can either keep walking, or we can lay down.

I've learned that humility is better than being right--I've learned to submit to the wisdom of others, even when it goes against my plan. I've finally noticed that when I disagree with people I respect, it's because I've been wrong... every single time.

I've learned that when I get knocked down, when I'm broken, when I begin to understand again that the story isn't mine, it is at that moment that God steps in big and begins allowing me to walk with Him... in His story.

Close to the sun in a lonely land. Sometimes I just focus on the lonely. I focus on the selfish desires and sacrifices. And I forget that I am riding close to the son, carried on the story of His wing. God's ways are higher than my own. The perspective isn't the distance from the world, it's the proximity to the creator.

The eagle at the top of this page is the new mascot of Christian American School where I volunteer as Principal. I began as an emergency fill-in mid-way through last year. This year I returned legitimately in the role. We've experienced our highest level of enrollment in the school's 10 year history. This year we recruited our most qualified teachers yet and we've improved our standards. The school is expanding. We've formed a non-profit foundation to raise scholarship money from the U.S. to reach out to kids who just need a break.

We have a new chapel program and we begin every day with a full student body devotion. And the kids are responding. We have 5 schools in the city participating in Big Student Ministries. Each Wednesday night we gather 100 students for worship, prayer, and Bible study. It continues to grow. Volunteers continue to come.

Big Student Ministries and our involvement with the schools is drawing new families to the church I pastor, Journey Church Guatemala every single week. We are one year old and have a Sunday morning attendance that shocks me every week. We have over 40 families who have committed to Journey Church being their home church. Many of them did not attend church before coming to Journey. We have become a family.

So... how have I dealt with the change? Change comes so frequently that it is now our norm. I take steps of obedience. I keep a tight grip on the back of the eagle.

Every single expectation that we've had has been absolutely shattered. God has exceeded abundantly. We thought we'd be surrounded with babies. We find ourselves surrounded with hundreds of young adults, and a congregation of young families. We hoped to change the lives of 7-10 young humans, and God has charged us with actively engaging in the lives of so many who go out and live with purpose.

I remember those days before coming here. I remember who I was. I remember that I was not satisfied with that man. I give thanks for every embarrassing mistake, every chance I've had to apologize and to realize that I was in desperate need of help. I am so thankful for every bump along the way, every set-back, every ridiculous and terrifying moment. All of this was necessary for me to see that my only accomplishment is to be obedient. God is the difference.

And still, we are prepared to fall. At times, obedience means suffering and sorrow. There is nothing more worthy, more precious, more valuable than walking after the Son of God.

We are ready to lose it all for this honor of following the master close to the son in lonely lands.

For whoever would save his life
will lose it,
but whoever loses his life for my sake
will save it.

Notes from Seminary: (4) I am Adam 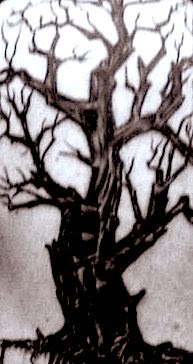 God chose Abraham. This is such a simple little sentence. God is a relational entity. He created humanity and walked with specific persons. We see the figures of Adam and Eve. We track the genealogy through Seth, Methuselah, Lamech, and Noah. From the reboot of humanity, we see Noah's offspring as Shem, Arpachshad, Shelah, Eber, Peleg, Reu, Serug, Nehor, and Terah. Terah then, from the lineage of Adam and Noah, had a son named Abram.

God chose Abram. God created a perfect relationship with the man, Adam, that was shattered with disobedience and resulting separation. God pursues returning creation to its reconciled state, through the offspring of the original being He created, Adam. We see then, God reaching to all humanity by establishing a covenant relationship back to the lineage of originality.

God chose Abram because Abram was a generation of Adam. God sought to reconcile creation back through the lineage of the man who committed the original sin. Reconciliation extended to a man through his offspring.

God's offer to humanity doesn't change, He extends it through the generations, He wants us to be reconciled to walk with Him face to face. He wants us to accept His love and knowledge of us, and then to reciprocate that love freely, and to seek knowledge of Him.

It is a beautiful revelation of the nature of God. Our original covenant in the garden was broken... and along with it came the curses of the ground, and of death... but God didn't leave it there. He also seeks to bring us back to that created state by again making covenants with the generations sprung up from the offspring of His original created being, Adam. 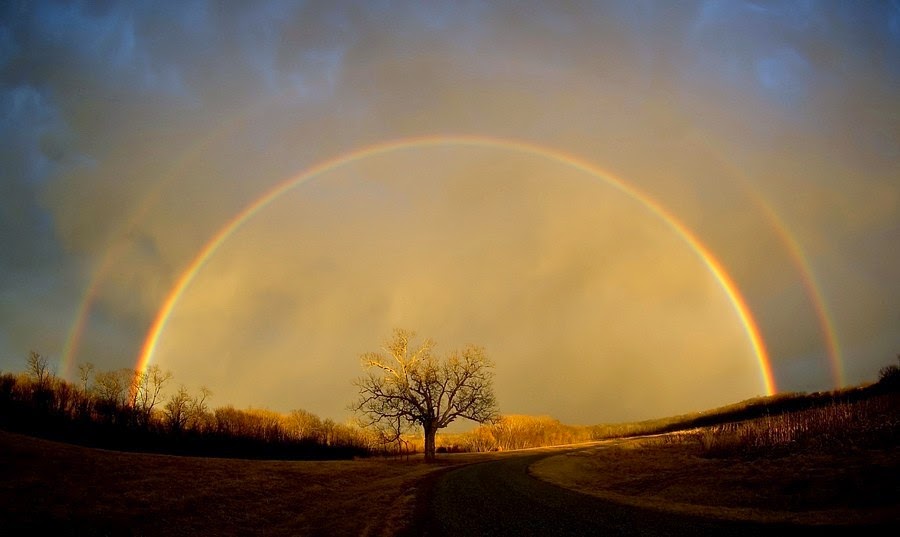 Posted by Chad P. Shepherd at 2:36 PM No comments:

Here, There, or SomeHAIR in Guatemala

I wore my head bald for 30 months and have been re-growing it now for 12. This means that I haven't had a haircut for three and a half years. At least, not a scissor cut.

The first couple of months weren't all that difficult, I could purchase a local hair-slick product down here called, "Monkey Snot" and make it look intentionally spiked or tightly smoothed down. But then came the awkward months.

My hair is very fine and has a tendency to stick straight up like bristles on a wire brush. When it was around 2-3 inches long, this was very un-cool. I would paste it down with Monkey Snot and sneak some of Kellie's hairspray in an attempt to tame my blow-fish look, but by lunchtime I was in full chia pet stage.

Soon after it this was the sideburn stage. The hair in front of my ears was ridiculously long and untrimmed, but not long enough to tuck behind my ears. This gave me the appearance of a short cropped girl with a really bad haircut. The students I worked with took great joy in telling me I was a chica. When I tried to explain that I was growing it long enough to put behind my ears they would click their tongues, shake their heads, and say, "Nah. You need a haircut."

Thankfully, over the summer months it finally became long enough to stay behind the ears with a little product help (thanks Shawn & Kayci Roh). This past week I was preaching to the senior high students in chapel when I was suddenly asked if I could "turn around." When I turned back, the students told me that I looked like Brad Pitt... "from behind!" Weirdest comment I've ever received.

So, I'm not sure why I started this series on the blog about my hair, but it inexplicably is my most read series ever. I'm not really happy about that. I suppose it is interesting to see a man go bald and then go long-hair? Honestly I don't know too many who have done this.

For whatever reason, I seem to like the addition of a bow-tie with the extra hair. I learned how to make a bow-tie out of a regular tie, and so now I wear nothing but the bows. I feel like I need a six-shooter on my hip, but Guatemala frowns on foreigners with guns.

And so here I am, some-hair in Guatemala, you know... that preacher with the long hair and earrings. Oddly, God has blessed our work, and we are thankful to be taking these steps of obedience. The student ministry is exploding, our church is growing, we're successfully booking short term mission teams for 2015, and we're kicking off a new internship program as well.

Somehair in Guatemala... who knew?

Posted by Chad P. Shepherd at 4:53 PM No comments: