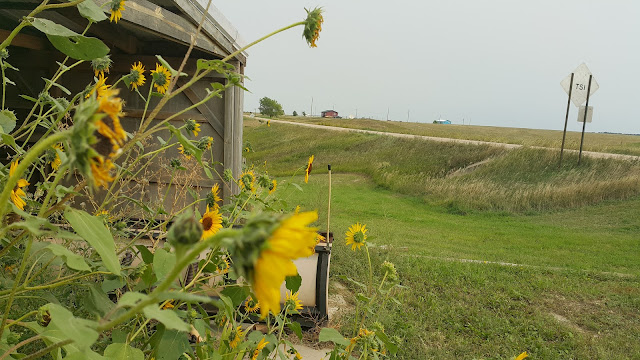 The sound of the wind has an organic sound to it, almost as if it were alive. Wildfires burning in Creighton give a surreal haze both in the distant horizon and in the pull of each intake of breath. In this strange light the flowers seem emblazoned with color. 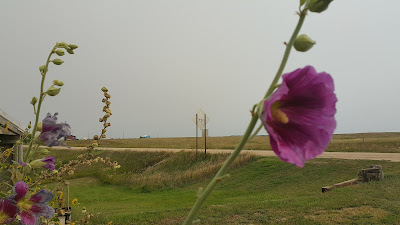 I was captivated by the nature of beauty among evidence of the fires of destruction. We don't celebrate the pain. We don't glorify the struggle. But we would be blind to miss the grace among the ashes. 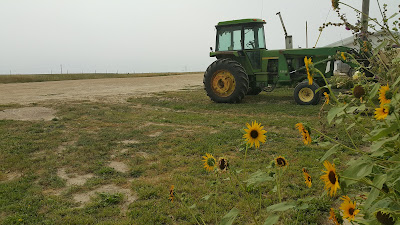 Life seems to be lived in the tension that exists between darkness and light, ashes and growth, even death and new birth. As far as I can see in this place, there is evidence of both polar pulls. Oh, the darkness is so strong. 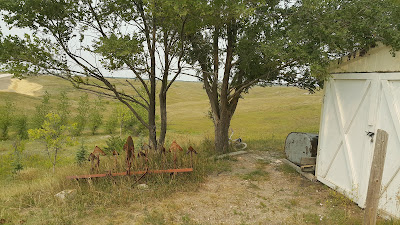 Just today we've learned of the death of a Lakota lady from cirrhosis, a young woman was thrown from her horse and trampled, and we've heard of other domestic tragedies that seem too dark to bear. Evil seems to stalk this place, dressed boldly in garments of death, shredding and tossing lives no less violent than a lion in a coliseum.


But the One we serve is greater. The One who holds us is stronger. This broken place suffers with the wages of sin, and all who are here cannot deny the press... and yet, we serve the one who promises eternal life. What is valued most cannot be stolen, cannot be killed, cannot be destroyed. 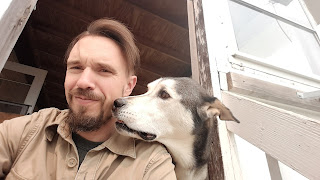 I miss my dog, Bentley. I had to give him up before we moved to Guatemala. Today I met a new friend here at the Pass Creek Mission. He was skeptical of me at first, but I eased into his territory and sat on the steps. He circled me, sniffed my neck, and then laid his head on my shoulder. 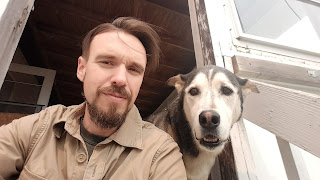 There's just something deeply good about a dog. Somehow his acceptance brought an affirmation that there is still good in this world. He must have felt the same way because we paused and smiled to take a selfie. 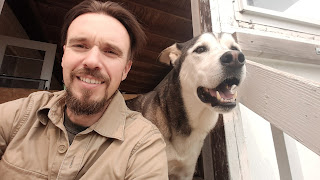 And then I think we both felt a little embarrassed about the selfie, and so we began to play around the yard. I'd made a new friend, and then he ate my sunglasses. Well... worth it. 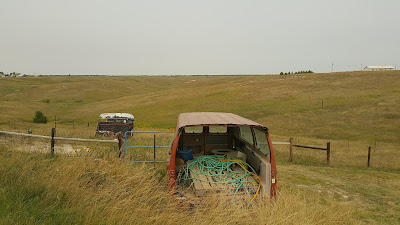 Meanwhile the reconstructive work had began with the unloading of purchased supplies from Rapid City last night. Old doorways would be boarded over while new doors would be made where before there was no way. 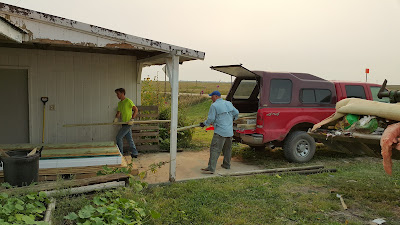 Rooms that were once dark would be receiving windows that would allow the sunlight outside to illuminate what once was filled with shadow. 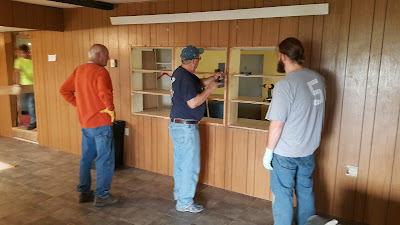 Our team is able to make a way where there once was no way, and to bring light into darkness. How powerful it is to see the darkness immediately cease to exist the moment the saw blade penetrates the once darkened wall. 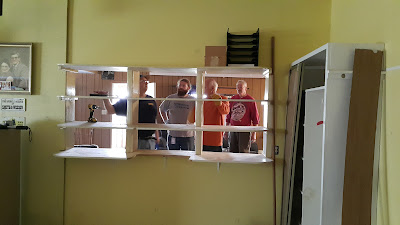 Work also began on the outside with damaged panels being torn out so that the walls will once again stand strong. The wind is picking up outside as I write, and Reg is preparing coffee for our evening meal while chili simmers on the stove-top. We serve a God of light, of life, and of renewal. 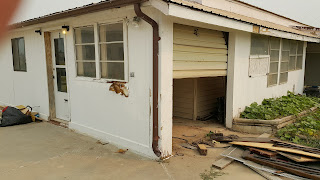 This week we are reminded in a tangible way that we are citizens of His Kingdom and we are here to push back the despair, to boldly shine with color among desolation, and to repel the darkness with His light.

It's not about the struggle... its about His grace. He is here. And, He is with you. Don't believe the darkness, it is powerless to His light. Seek Him for yourself and you will find Him. Seek Him with all you are.

How cool is that?