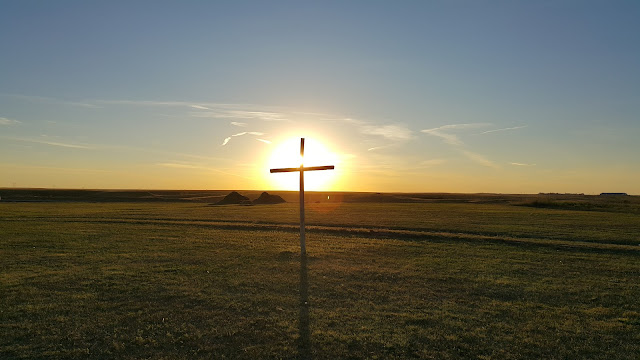 My friend died today. At least today is when I heard of his death. He died several days ago but was just found today. I'm not surprised that he died because he's been evading death for decades. Still, I am shocked that he's so starkly gone. The last thing he said to me was, "Good morning Brother," on July 29. It's evening here tonight, and now and he's gone. 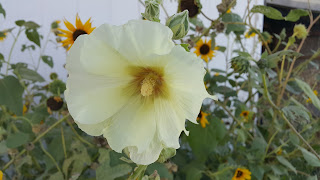 In Allen, South Dakota today our team continued the work. Inside the building we're refurbishing, more walls went up, doors were framed, plumbing completed, and electric was rerouted. Sharon and Jenny invested some care into the flower beds. The prairie winds caused the flowers to softly rise and fall. In my mind, they were a remembrance to my friend.

He would have loved to have been on this trip to South Dakota. His life was one of odds-beating. As a child he survived cancer, being ran over by a car, and the loss of a kidney. Later in life he survived multiple high speed motorcycle crashes and always seemed to fight his way back. He knew more scripture than anyone I know. He inspires me even now.

Sunlight from the horizon shines light through an open door. The major parts of the work here are complete and our team already begins to discuss our return to Sidney at the end of the week. Sometimes we can't see what lies beyond the threshold of the door, but we have the promise of the light that shines through it to illuminate us where we stand. 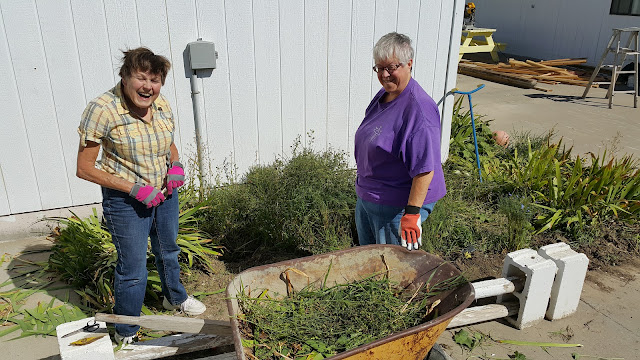 I'm so thankful today for the smiles of these ladies. They gloved up and dug shoulder deep, clearing out the overgrowth to reveal flowers and fertile soil beneath. They cleared the way for new beauty. I love how they embrace life, celebrate relationship, and keep their eyes focused on God. 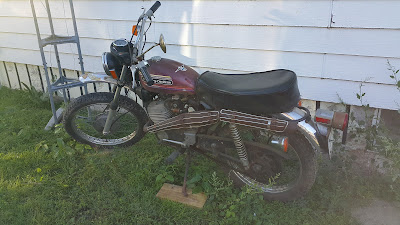 Earlier this morning, me, Tim, Darryl, and Terry all went to move some furniture for a friend east of the mission. Against his house leaned this 1974 125cc Harley-Davidson bike. I hadn't learned of Eli's death yet, but my mind focused on him when I saw the motorcycle. Harley's were his great love. I have a photo that he secretly gave me that has him roaring down a state route country road, standing on the pegs, with both arms spread open wide. That's how Eli lived his life.

His horizon has been extended. Our battles here are only temporary. Tonight the moon rose full and the road stretched into an endless horizon. Eli's road work has ended, but the rest of us are still here to carry on. Surely I'll miss my friend that I've loved for 30 years... even so, my soul is at peace. Tonight he touches the face of God.

Cowboys like us sure do have fun
Racin' the wind, chasin' the sun
Take the long way around back to square one
Today we're just outlaws out on the run
There'll be no regrets, no worries and such
For cowboys like us

George Strait, Cowboys Like Us & Troubador... songs Eli texted to me earlier this summer. He said that me and him were like souls, and man... we enjoyed our journey together.