And Still We Persist (Darkness is Here) 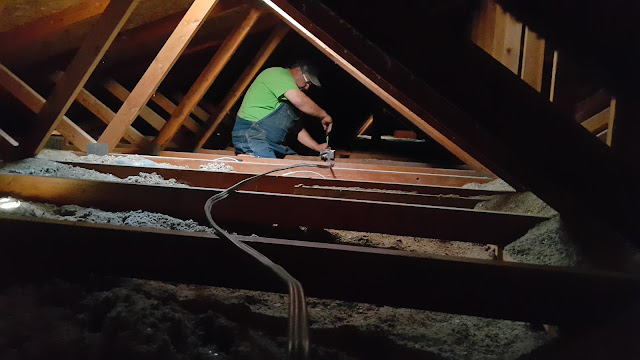 "Do you see that girl over there to our left, all dressed in black? She is the one that was raped by several drunk men earlier this week. There she is, walking along as if nothing has happened. They go numb. They just go numb."

"That house over there is abandoned. It was a Meth House and now there is no money to renovate it. It just sits empty while dozens of families wait to receive housing."

"That building was a youth center, but the directors were fired. They lost control and the kids just began to go in and fight. Now it is unsupervised and the kids are running wild."

This is life in the Pine Ridge Indian (Native American) Reservation, the poorest city in the United States were the median income of a family is barely $3,000 per year. Like all reservations, its technically dry, but alcohol flows like water here as alcoholism powers despair. Poverty is cyclical here and the young are caught choosing between honoring their people's tradition and seeking to find their way in a modern society. There can be shame in rejecting poverty here.

Being a Native American means that you've been oppressed, side-lined, bought-out, and held exile on your own land. I am reminded of the Jewish people in Babylonian captivity. There is a sorrow that tarnishes daily life. But hope also resides in that story. When God is again discovered, a new hope rises.

Our team is here to lay the groundwork for that hope. 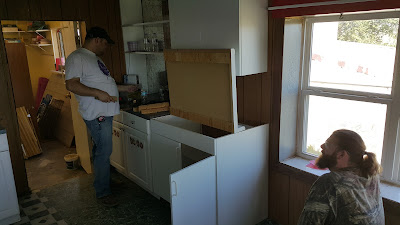 Johnathan and Darryl have been the kitchen crew, transplanting cabinets from a demo'd kitchen to the remodel. They completed their work today while the rest of the crew finished the men's and women's common rooms, installed the new washer and dryer, re-routed the main hallway, and prepped for tomorrows final projects.


Yes, we are in a dark space. The family structure in this little town is destroyed. Lives are all in a sort of transient dislocation, living on land that is rightfully theirs, but legally someone else's. And yet the work this team is engaging in will enable two missionaries to continue to live here, adopted as family by the Native American people.

This is true and undefiled religion, loving the widows, the orphans, and the wanderers in their distress. Abiding with them, weeping with them, and even laughing with them.

Because it is a great joy to break through the barriers, and to see new possibilities emerge!

And so still we persist. With great expectation and joy. The darkness will be shattered in this place. We've only just begun to strike the flint. Light has come.