What lies behind us and what lies ahead of us
are tiny matters compared to what lives within us.
Henry David Thoreau 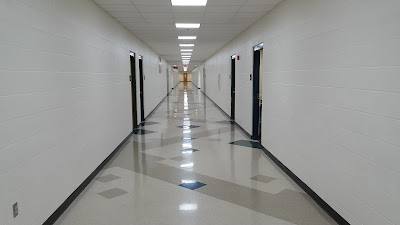 A Pastor and a Rabbi walk into a classroom... yes, that's how my day began, and I was the Pastor. I joked with a friend from Guatemala today, "My geography has changed, but my life is still weird."

Meanwhile, in another classroom across metropolis, my wife, Kellie was teaching a class of rocket scientists. They were logged into the NASA simulator entering their algorithms and scribbling their mathematical proofs onto lined paper as their crafts crashed, and crashed again.

Two true scenarios, both reflective of the way we tackle life, you say, "Yes" to opportunity and see where it takes you. Somewhere between the serendipity of converged timelines and humble steps is the providence of God.

As Kellie and I continue to wait on the LORD for our next steps, substitute teaching is a way that we can stay sharp and still do a little good in the waiting. Kellie is a pro, and I'm more of a hack, but I'm also pretty versatile.

It was good for me to step into a new unknown, I felt like a red-shirt from Star Trek taking dust blown steps on a frontier planet. Even so, there was a certain confidence that came as I recognized the similarities of days spent in Guatemala at Christian American School (shout out, love you guys), and I am thankful for this time of walking down corridors.

Kellie had the East covered and I held the West, as together we served a community and engaged a few of their youth. A Pastor and a Rabbi entered a classroom and shook hands. There is more in this world that binds us together than should ever be allowed to tear us apart.

For God has not given us
a spirit of fear and timidity,
but of power, love, and self-discipline.
2 Timothy 1:7 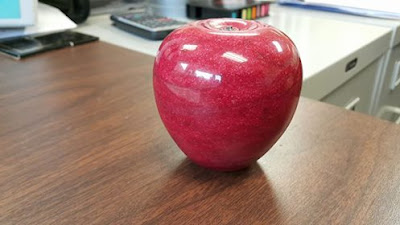 Posted by Chad P. Shepherd at 7:28 AM No comments: 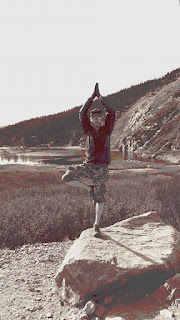 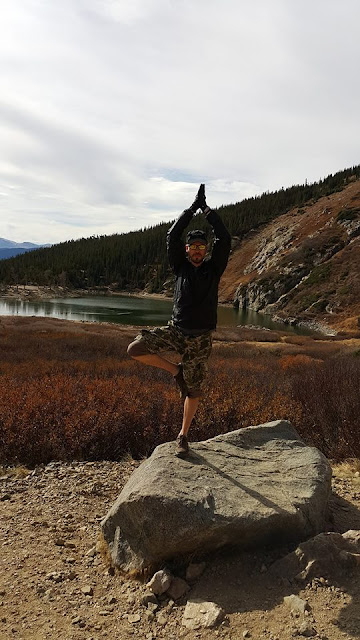 It wasn't that long ago when I balanced on that rock on St. Mary's Glacier in Colorado. Some might make a sort of judgmental claim of my crane pose. I have to tell you that I have no time for your commentary. My savior is Jesus Christ, and I find peace in this stance. While I hold it, I breath out worries and I breath in his peace.

Right now I type these words at half past midnight in Trenton, Ohio. I feel like that I should give a slight nod to this moment of waiting. In our culture we seem to demand progress, and yet I am here to tell you that there is value in the waiting. In this moment I have nothing new to tell you. 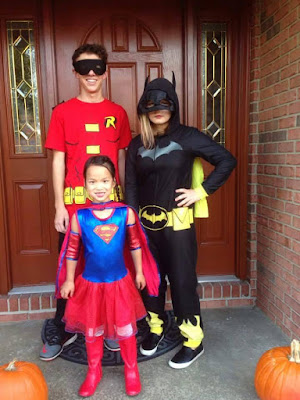 No epic news is ready for communication. I lay in bed in the house of Joe and Sharon Johnson wearing a Batman onesie. There is a picture of me with my children, along with my wife who was wearing a Wonder-Woman shirt (and rocking it), but she doesn't want to share it. I've worn this onesie every night since that night. It is quite warm and comfie. I am thankful that it doesn't have those plastic feet of childhood that were so hot.

Caleb is rocking his dual credit classes and gaining college credit as a Junior, Aleksandra is nailing straight "A's" in her online courses, Sterling is screeching through her homeschool kindergarten, and I am here finishing my master's degree and sorting through the options of our future.

Our next move is unknown and we're ok with that. Sure we've had some obstacles and some unexpected expenses. But I can tell you that God has provided each dollar. We're beyond our budget and yet we're not yet starving. We thank God for our parents and for partners that still stand beside us.

We believe that we have been prepared for this moment. The big announcement is yet to come. I don't know if it happens this week, in a month, or in the next calendar year. I simply know that God holds it and that is enough for me.

It may be half past midnight, but we serve the God of the morning. When the Sun rises, you'll find us here.