"Buck, I don't know that I ever heard God talk to me out loud, but I can tell you that I've heard Him talk to me just as real as you and me talking right now."

I was probably around twelve when my grandfather, Pop Mathis told me those words. I had asked him if he believed that God talked out loud to people. I'd read that it happened in the Bible, but I'd never had God talk to me. It all seemed a bit far-fetched.

Last spring, while hosting a team from Dayspring Church of God from Ohio, they surprised me by asking, "What are your needs?" I replied that we needed a 15 passenger van. One of the men opened his wallet and handed me a one dollar bill. "I believe that God will give you your van, here's the first dollar towards it."

I've had that dollar sit on a shelf in my office. I've looked at it daily. Sometimes it felt like the seed of faith, and other times it seemed to mock me.

The dollar didn't multiply across the room as I watched days turn into weeks. Months passed before anything happened.

Then David Hackney, pastor of Ansonia Church of God contacted me in November to tell me that they would contribute $5000 towards our van. I was shocked! Maybe this was God's timing?

I'd need about $20,000 for a dependable used passenger van. I grabbed my camera and shot a video. I attached it to an email and blasted it out to our supporting churches. Friends of ours from Indiana jumped on board with another big donation. I was energized!

And then... suddenly I knew... it wasn't time. God spoke, and He told me to wait. I really don't like to wait, but I've learned that God's timing is better than my own efforts. Months had passed and still the message was, "Wait."

Yesterday without warning, the message changed. 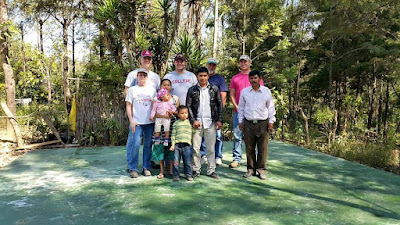 I was with Mt. Victory Methodist Church, building a house for Wilder, Heidy, Edward (5), and Carly (1.5 mos) in Durazno, Chimaltenango, Guatemala... when I knew in an instant that it was time to contact Pastor Wes Duff of the Breiel Church in Middletown, Ohio.

"Hey brother, I want to bend your ear for a moment, I have an idea." His response came, "alright, let's do it." Within moments I had a tentative commitment to move the idea forward. It was amazing. The timing could not have been better, Wes said that a Mission Team meeting was this week.

As soon as the call ended, God again spoke. I felt strongly compelled to contact Pastor Tim Kufeldt of Dayspring Church of God. I sent him the same message as I did Wes, "Hey Pastor Tim... I'd like a chance to bend your ear. I have an idea I would like to discuss."

My phone began to ring. It was Tim. He said that he had been thinking about me and had wanted to talk. It was remarkable. Both Wes and Tim pastor large churches and their schedules can be hectic. But on this morning as I stood among the sounds of hammering, circular saw ripping, and tortilla patting... God's timing was apparent.

Not only did Pastor Tim and I discuss a plan for van funding, but we also coordinated his next trip to Guatemala that will include Pastor Estrada, who pastors the Spanish speaking congregation. They hope to travel down to join the convention of Church of God Ministries Guatemala where churches from all over Guatemala will come together in fellowship and unity. I was blown away and thrilled to learn that they will be bringing additional churches in Guatemala to the association.

God is doing ridiculous things among the villages, within the country, and among the nations. My soul was singing with the incredible connectivity of the day. I lifted my phone to make the next call... and God said again, "Wait."

Pop, I think of you often. I remember your words. They didn't always resonate with me when you said them, but I've not forgotten them. Yes, God does speak to me. Not like a voice across the room, but as a voice deep within my being that fills me with a knowing peace.

In forty-two years of living, I have come to understand Pop's answer that seemed so confusing way back then. God talks to me. It's like an overwhelming peaceful assurance that stops me in my tracks.

It's just as real as sitting down and talking with my Pop.

We still need churches and friends to jump on board. Is God talking to you? Hit the link and join the conversation. 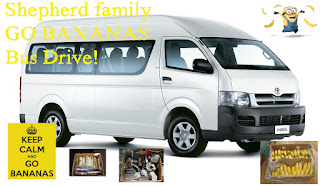