A Van, a Vision, and a Dollar: This is How My God Works!

Here we go... this day will be a walk of faith and obedience. We could end with empty hands or with just the dollar in my pocket that began it all. It's a faith journey. A dollar placed in my hand with a statement, "This is the first dollar of many that God will supply as He gives you a van."

Whether we end the day with empty hands or just empty pockets, it really doesn't matter. I am blessed and invigorated to walk in the sunlight today in faith. There simply is no better feeling than living a life that you KNOW simply doesn't work or make sense absent of God.

This is our story as it continues today. Come along.

Of course the day immediately begins with a twist. We expected to see a van and we're following a guy on a motorized bicycle up a hill, turning into creepy little alleys. I'd be afraid if I were alone, but there are three of us, and we're on a God journey.

I reflect that we would not be at this place, had we not been at the multiple places we visited yesterday . God has given me visions, but I've yet to know the destination. I get just enough to get me to the next place. Yeah... just enough to get to the next step. I hope I never forget this lesson. An obedient life is to be lived as they say in Guatemala, "Poco a poco" or, little by little.

I breathed a deep breath of the cool mid-morning air. The altitude here was refreshing as it required my lungs to pull fully. This van was not what I had hoped. I had to smile and shake my head though... once again, God had given me precisely enough vision to keep my feet moving forward. That moment was when two things happened at once.

I had no idea that prayers were going up from mission partners in Texas on our behalf. The email below had hit my phone, but in my excitement... I hadn't noticed it. 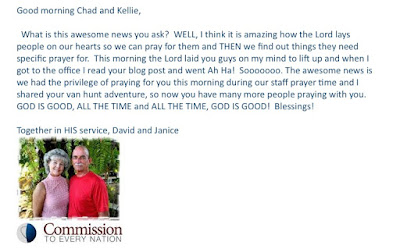 What did catch my attention was a Facebook message from a good friend at Journey Church Guatemala. 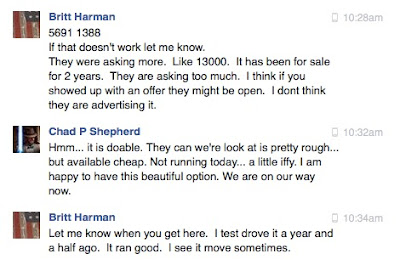 I do not make this stuff up. This is my life. God works in ways that exceed my every expectation, imagination, and greatest hopes. I don't do it myself. You've seen my actions... they've all resulted in nothing but my continually open, empty, and reaching hand. My reaching hand... is my only meaningful act. We are obedient. God works the good together according to His purpose as we walk His path.

And so... dropping what we were doing, we jumped in the car and set out for Jocotenango, at least an hour away from the city, on the far side of Antigua. We were driving away from all of our other options, but I felt the Spirit of God leading, and there simply was no other option.

Traffic had been horrible all way, but I just laughed as we drove what should have been a difficult journey with ease... God was making our paths straight. It seemed campy, but still, I knew it to be true.

Our journey had found its ending point. God certainly has a sense of humor as he keeps me humble. I wrote just yesterday that I didn't want a Chevy because "They took the bail-out." Well, guess what... she's a Chevy...

... and she's so much more than we hoped for. This is a 2007, Chevy Express, 6.0 liter V8, 300 horsepower engine, 15 passenger van with air-conditioning, cruise-control, new tires, and passive theft-deterrent. We test drove it... the engine was smooth, the acceleration was amazing. I sat in the passenger seat as Manuel tested the limits of the engine, suspension, steering, and brakes on a mountain road... I sat there and resisted the urge to weep.

It gets even crazier. Years ago I had a favorite pair of Ray-Ban sunglasses. I lost them on the beach on day in Florida. I've missed those glasses since then. By now you know what I'm going to say... I looked down in the dash... and those exact glasses were waiting for me.

Yes... God has a sense of humor when he shapes, corrects, and affirms my steps. 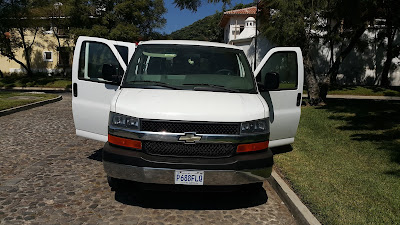 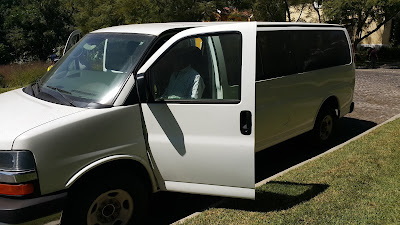 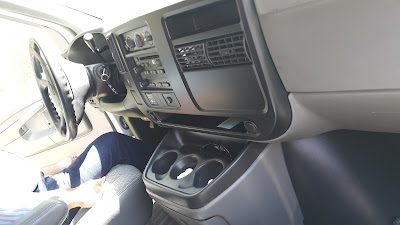 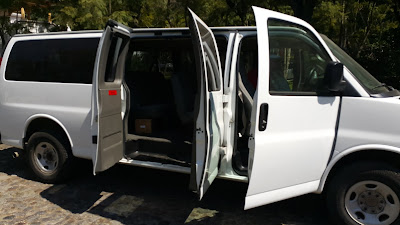 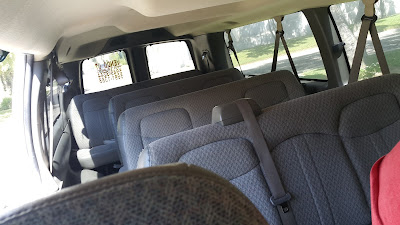 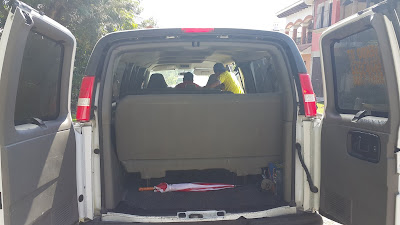 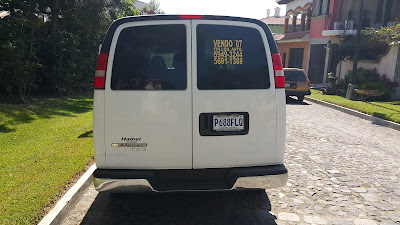 This is my story about God. Well, this is God's story where I get to be a character. It's all true. His grace is enough. He's enough. That's really all... He's enough.

Tuesday if all goes well, we expect to take possession. It's a typical Guatemalan story... the guy who showed us the van is a friend of a guy in the US, who is a brother to a lady on the Caribbean Coast of Guatemala, a place called Puerto Barrios, who owns the corporation that holds the vehicle.

Our title specialist is on the job, Edgar has worked his mojo with all his contacts, Fontaine and CRI have helped cover the amount while God sends in the money.

So... it all began with a statement of faith and a single dollar. Then our friends Brendon and Jennifer gave $1000, and Ansonia Church of God gave $5000. That was followed by $5000 from Dayspring Church of God with a swift, unanimous vote in a board meeting.

We've still got some ground to cover... but we're walking by faith. There simply is no better place to be.

Join the story. GIVE HERE.