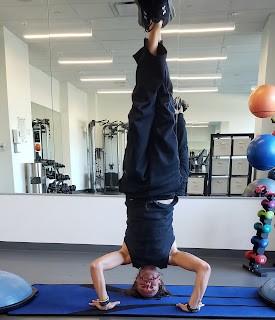 There is much to be grasped in the silence. I think of past visits to ruined monasteries, catacombs, and cathedrals throughout central america, along with a few Mayan ruins. I often found a solitary space within them to contemplate the centuries and listen for the soft echoes of feet shuffling along what was once holy spaces. The pull of the ancients would cause me to be lost in contemplation, shading and filling in the cracks and reconstructing the grandeur with images from my mind and bits of history. I'd wander those passages with mental projection and I'd wonder what it would have been like to isolate in those chambers.
My boss provided feedback at the end of my 80 day review, "Problem solving, interacting with people, and patience continue to be areas of strength that Chad demonstrates."
A year ago (technically on October 6, but... close enough) my household of nearly 25 years was split in two. Suddenly I found myself in a solitary space. The children of our marriage, the absolute gold of our relationship, were with me only every other week. The silence was both welcoming and maddening. While I was able to create myself that solitary space to try to catch and find my soul, I also was left destitute without the companionship of my son and daughters.
Add to that the isolation of COVID-19 and civil unrest.
I remember those first few months as a time of madness. My apartment was meticulously clean. I'd scrub it from ceiling to baseboard to pass the silence. Holidays were alone and Christmas was a horror. The living of my days felt like a walking death. Each breath was an effort and the air tasted foul. I took long walks. I looked out the window across the lake for hours on end. I didn't eat. And I began to explore my new-found solitude.
I never would have been described as one who possessed patience. I was impatient, impulsive, and egotistic. I remember the day when I sat in a therapy session and the therapist asked how my then wife would have described me. I immediately said, "a narcissist, fearful and controlling."
And so began months of therapy. First we ruled out Narcissistic Personality Disorder (thank God). But then came the difficult discussions. "Are you fearful?" "Have you been controlling?" "Would you say that you are the man who God created you to become?" Those questions came at the perfect time of my isolation. Assignments were given, books were consumed, and the inner wresting had to begin. I found that I answered "Yes" to nearly all of those questions.
Don Miguel Ruiz's The Four Agreements has been a constant melody that has tempered my mind: "(1) be impeccable with your words, (2) don't take anything personally, (3) don't make assumptions, and (4) always do your best." Each of these agreements can be find in the truths of time, and yes also in the words of our scriptures.
There has been an exchange in my life. Guilt abandoned for thankfulness. Regret left behind for humility. Fear laid down for reliance on God. Control surrendered for trust. Poison rejected for life. Hell traded for Heaven. I should be clear, I don't attribute these things to divorce. Divorce is never the preferential answer. I attribute them to grace in solitude. I attribute them to this year of isolation, my anno solus.
Posted by Chad P. Shepherd at 4:09 PM