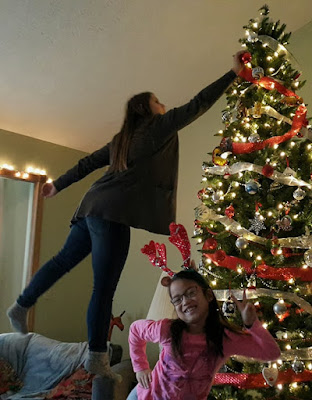 "Dad, we've been in so many different houses at Christmastime. I think it's nearly a different one every year."

I sat the ornament down that I was tinkering with and paused. Aleksandra was right. In 2011 we had Christmas at our long time home in Middletown, Ohio, and then Christmas found us at my parent's house in 2012, in San Lucas, Sacatapequez, Guatemala in 2013, then San Cristobal, Guatemala from 2014 to 2015, Kellie's parent's house in 2016, and now Christmas catches us again in Sidney, Ohio.

Maybe it's true that you can't outrun Santa Claus? That guy sees you when you're sleeping... no matter where you land. I do know this, Christmas finds us wherever we are... and it brings us home. 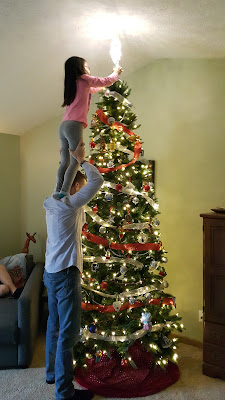 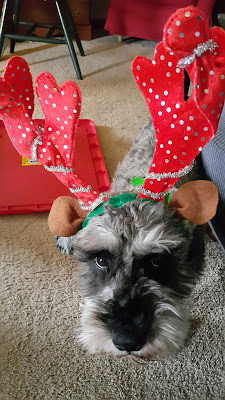 No matter where we've been, the telling of the story of Jesus' birth, the glow of light strings, and the crackle of a wood-fire has reminded us that we are always home when we came together and slow down to enjoy the Christmas spirit. Christmas in Guatemala meant the coldest month of the year.  At our elevation, the nights could fall to a chilly 42˚c. With no insulation and no heat source, this meant that the inside of the concrete house fell quickly to a very cool temperature.

We spent three Christmases dressed in multiple layers and wrapped in blankets while we sat around a wood-fire hearth, giving thanks for the beautiful country where God had placed us. Christmas in the Guatemalan culture allowed us to slow down and really soak in the season. 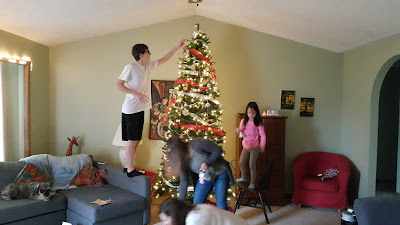 People like to ask us, "So how are you really doing?" I don't know if they think we're secretly suffering? But the thing is... we're doing just as well as we've always done. The things you'd think are important variables such as the country you're living in, or the condition of your house... they aren't what matters most.

How are we doing? Let me look around. Kellie and I have been married now for nearly 23 years. Caleb is graduating this year and has some really great prospects for university. Aleksandra has shown me how to really enjoy life as she has dug in deep in this new location, and Sterling is limitless energy and a never-ending smile.

How are we doing? It's Christmastime, the absolutely most wonderful season of all. I'm slowing down now to contemplate again the narrative of His coming.

Christmas always makes it home. This is just me taking a moment to say, I'm thankful. I'm sincerely thankful.
Posted by Chad P. Shepherd at 12:08 AM