The Ultimate Adventure (a photo journal)

The past month has been filled with the stuff of lifetimes. My uncle Stephen brought eight family members with him and I promised them “the ultimate adventure.” While I never intended on fulfilling that promise (I mean, it’s a bit grandiose), I know that at the least I delivered several moments of death defying fear and together we made tracks on parts of the earth that very few people ever see. 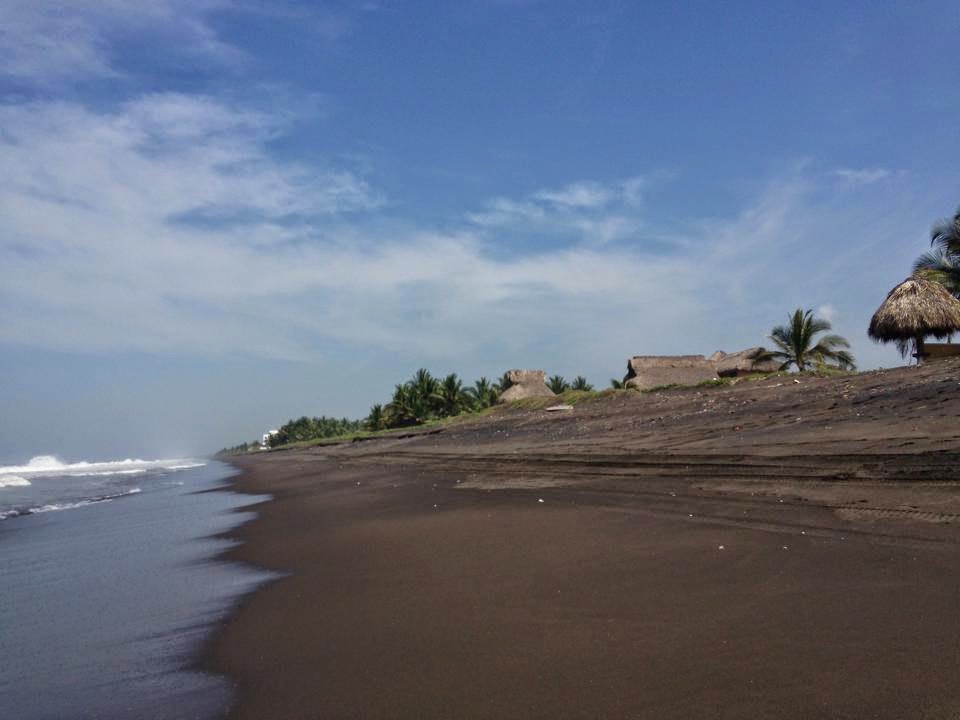 Deep into Guatemala we traveled. West to the coast we encountered the pacific shores of Monterrico, the land of sea turtles, parrots, caamans, and iguanas. We went up into the mountains, climbing the heights that surround mile high Lake Atitlan that was created by a cataclysmic volcano many years past, rolling on the waves of a lake with depths of over
1000 feet

We zip-lined through the canopy between two mountains, suspended by a single small cable with our gloved right hands as the break.

We travelled deep into the northern jungle region, near Coban where we rented a cattle truck and endured a 45 minute drive on impassable roads...

...to reach one of National Geographic’s Most Beautiful places, also listed as “one of the 25 places to see before you die,” Semuc Champey.

Leaving behind the cattle truck, the perspiration soon soaked our clothing. We were in the jungle. This was no girly-man rainforest. This was the real deal, jaguar and asp infested, mosquito, and ridiculously large spider inhabited jungle! With Sterling on my shoulders, or in my arms, we scaled up the side of a cliff using rock-hewn cut-outs, and sheer drop-offs with no handrails. Soon we were all covered in mud from head to toe. I heard a great deal of grumbling in our group… it had been a rough haul, and the thin oxygen, high altitude climb had more than taken a toll.

But then we hit the summit, and looked down at the crystal clear emerald pools below. We had found paradise. A small wooden deck hung over the precipice. It was a 300 drop—straight down. And so, we all stood on the deck or hung on the rail to get the perfect photo! 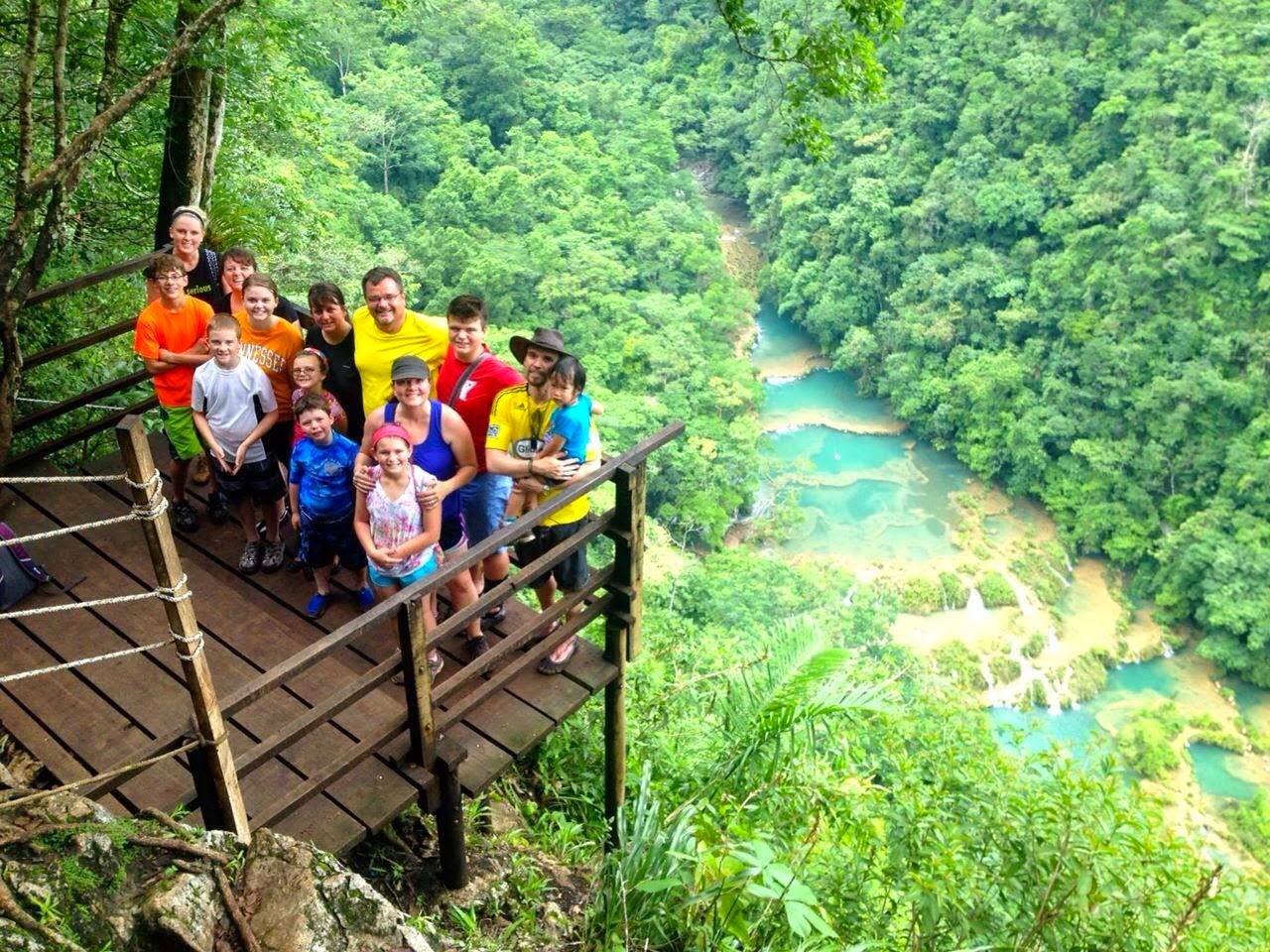 The climb down was just as dangerous, but we had seen the destination. The water was clear and cool with the first step in. The guide warned us, “there is fence at top of pools and at bottom. You cross it, you die.” The area in between… was the most amazing thing I’ve ever encountered.

The pools were filled with mineral rich water that resulted in added buoyancy to the human body. As our group splashed in the top pool, I slipped down to the second, completely alone and fully out of sight of any other human contacts. I swam out to the center of the water and floated on my back. Without moving arms or legs, I suspended on the surface of the water. My ears were submerged and sound was prehistoric. The sky was cloud-filled and perfect. I found myself in a state of perfection.

It was about that time that I heard our guide shouting at me from the bank above. I raised my head as I began to make out the word that he kept shouting over and over. “Pirhana!” “What?” I shouted. He said, “this pool is not for swim. It is full of pirhana!”

I stopped all movement and immediately stared down at the water. I was aware of my body suspended alone in the clear depths. My mind instantly took an inventory of every surface of my body. Did I have any cuts? Any open wounds? I did not. Feeling a little more confident, but still fully freaked… I looked up at the bank for help. It was at that moment that I caught the sideways grin of the guide.  I was simply a victim of his favorite joke!

I have heard the cliché, “hurt people, hurt people, and I figured that sounded pretty good. So over the next hour or so I enjoyed freaking others out with tales of flesh eating fish as they swam into the cool, clear water.

Of course our group also visited Antigua and spent a great deal of time wandering through local markets. Antigua never gets boring. No matter how many times we visit, the volume and variety of beauty is aways astounding.


We had an obligatory late-night Walmart (picture not provided) run into the capital due to lost luggage, and of course we were rained on time and time again! 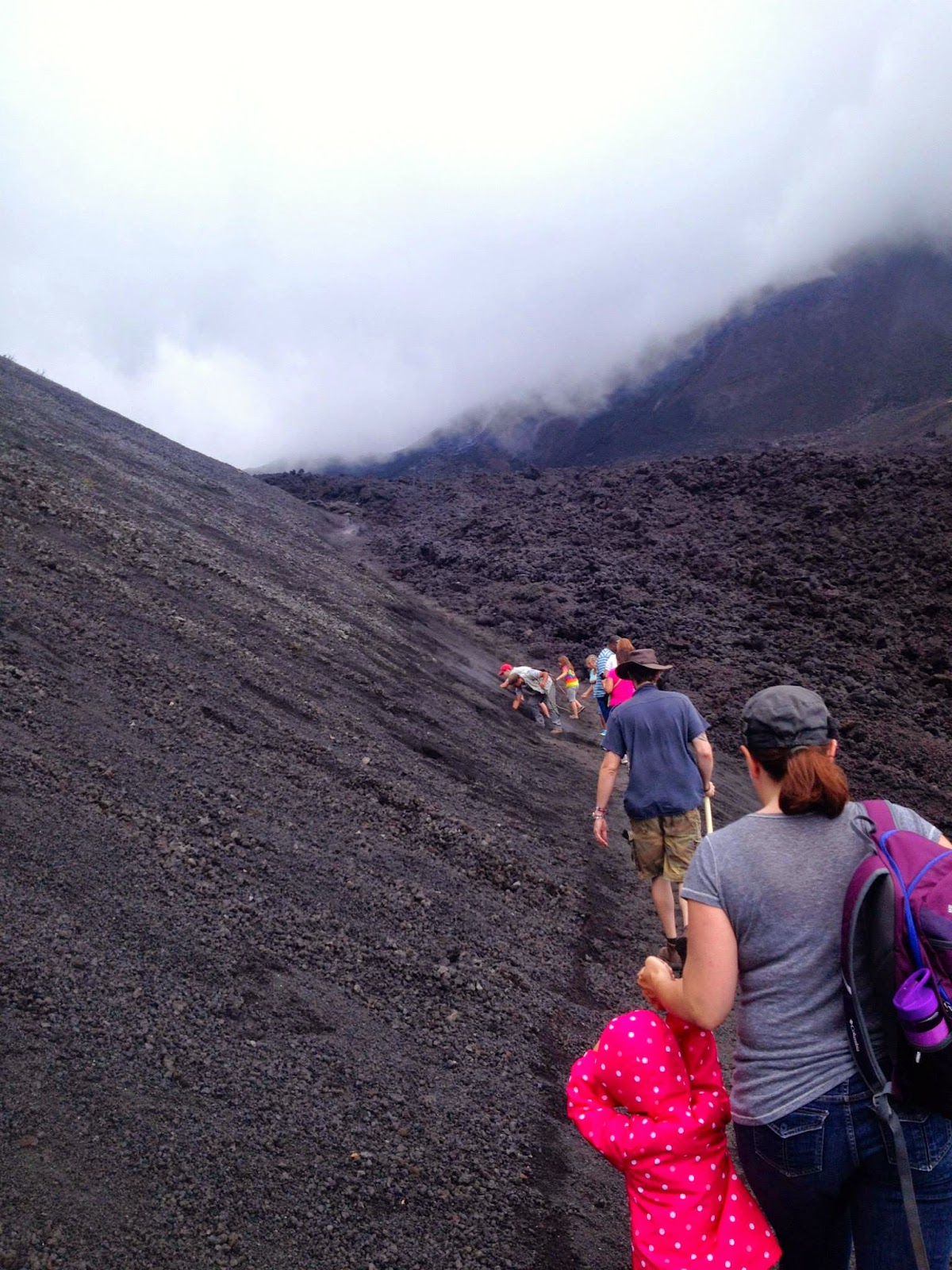 Our second week together was joined by 40 of our closest friends from the Breiel Church. We climbed volcano Pacaya together and endured an absolute soaking during the climb! Even so, roasted marshmallows were enjoyed by a few brave souls who ventured up to the edge of a live fissure.

The ultimate adventure? Nah, I’d say not. There are always more things that can be experienced. However… we swam in the pacific, climbed an active volcano, swam in jungle pools, flew through the tree-tops of the jungle, rode in cattle-cars across broken wooden bridges, boated across an ancient lake nestled between 3 volcanoes, and tuk-tuk’d up and down dangerous mountain passes. There were a few bumps and bruises, a possible fracture, some blood, two pants peeing episodes, 3 pukings, and 4 sinus infections that required antibiotics. All in all, I’d say we made a pretty good run at it! 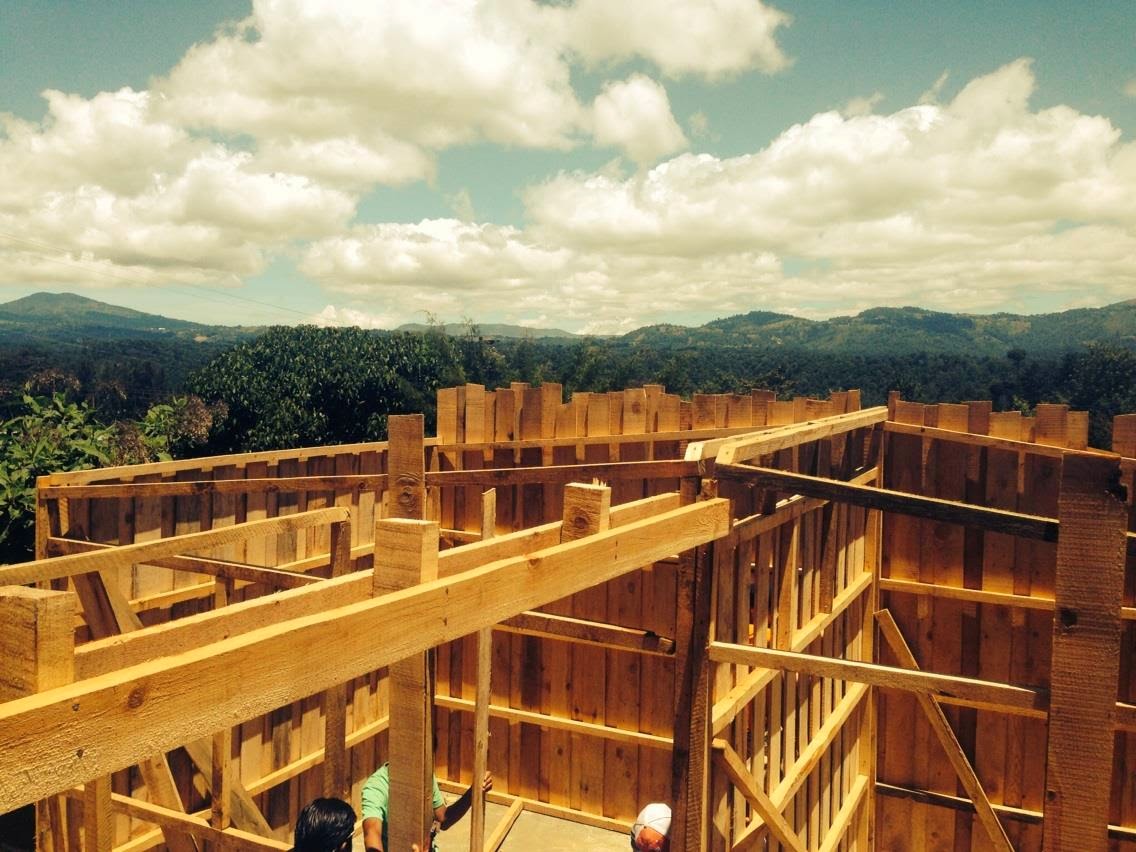 Along with the church we also helped to build 5 houses for families in need, participated in a medical clinic, hosted a Vacation Bible School for over 100 kids, and participated in the feeding program.

During this same time, I preached 4 Sunday morning sermons, I participated in a 10 hour class for my seminary degree via Skype on a Saturday, we had our fabulous intern, Sam Renner with us (thank God), Caleb and Aleksandra attended Camp Guamiski, we had the summer kick off for Big Student Ministries at the Christian Academy, we graduated our 12 seniors at the school and I was the closing speaker for two graduations. 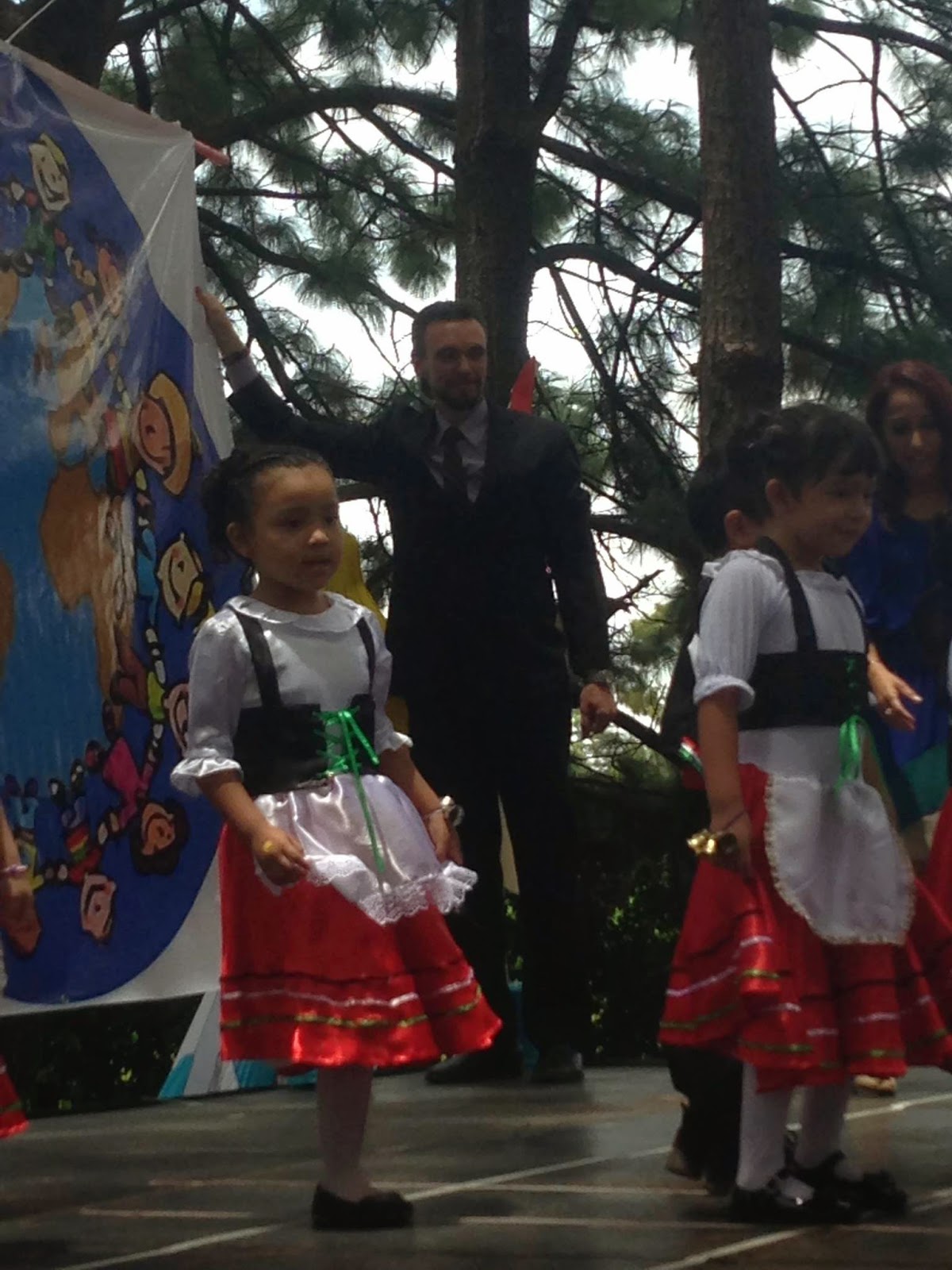 And so now… we draw down for a bit of a break. Well, not really. I type this from an Airbus A319 at 30k above sea level. We left Guatemala at noon today and we will land in Detroit at 11 PM, where my dear in-laws will haul us the final 3 hours to Cincinnati in their van.

Over the next three weeks I will speak at 7 churches, gatherings of youth, mission boards, and corporate groups as we tell the story of the children of Guatemala. This is a funding drive for our ministry. In the next 3 weeks I’ll have at least 14 opportunities to tell our story and to raise some funds: (1) our family support, (2) for the children of Labor de Falle, (3) to establish a scholarship for students who attend the Christian Academy. 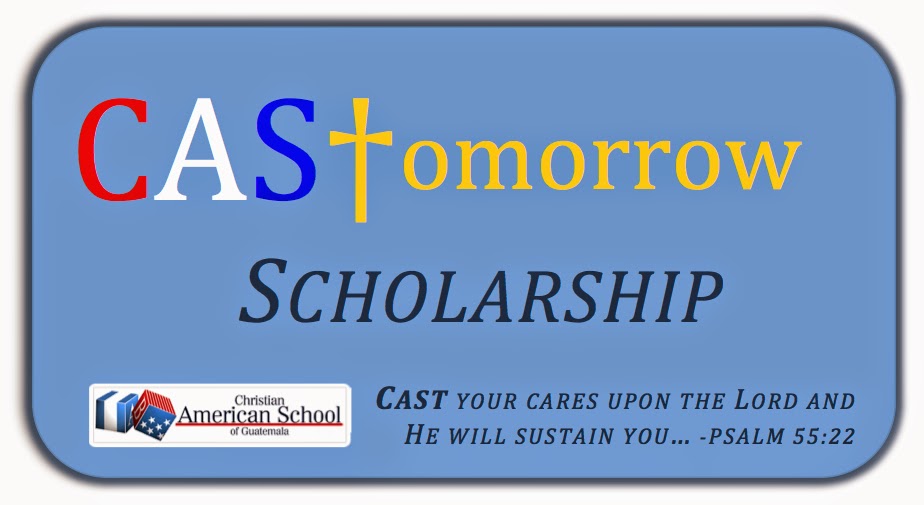 Our mission continues to be all about the children of Guatemala. We will be funding education for the children who now live in homes thanks to the people of the Breiel Church. We will be raising funds for a group of 3 siblings whose mother is recently widowed… she works extra hours each day and struggles to pay to send her three children to school. She wants them to have a better life than she has.

I promised my uncle the “Ultimate Adventure,” and I don’t know if he’d consider that I made good on my promise, but at the end of the day my conscious is clear. Because this mission that God has given to me… well, it truly is the ultimate adventure.