We needed some solitude, just a few days to step back and gain perspective from a distance. 2012 has already been an incredible year. While I have taken over a month off of work, I can't say that any of those weeks were times of rest. Two weeks in China with the adoption and 17 days in Guatemala laying down the foundation of our future were vital and perfect days, but now we take a moment to rest. 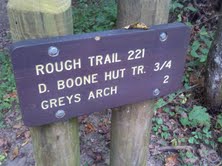 For some reason I can't explain, we thought a hike through Red River Gorge would be relaxing. The name of the trail should have clued us in on our impending experience. Rough Trail 221 led the way to Greys Arch. The total primitive trail was an 8 mile loop, but we just wanted to see the arch, so that would be 2 miles there and then a backtrack to get to the car. 4 miles isn't very far (right). The keyword here is primitive.  The trail suckered us in with wooden bridges and wide paths. An hour into it there was nothing but wilderness, rocks, and diamonds painted on trees to keep us moving forward.

Everyone started out with big smiles and the forest shook with our laughter. The sky was partly cloudy and a cool wind rustled through the trees. The day was perfect and the trail started out beautifully as it winded alongside a creek. The drought of the summer was kept away by the lush canopy of the trees and the mountain water running in a cool stream. We stopped often along the path to notice the sights. 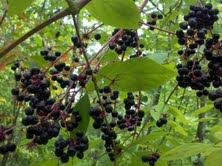 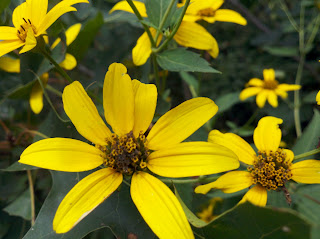 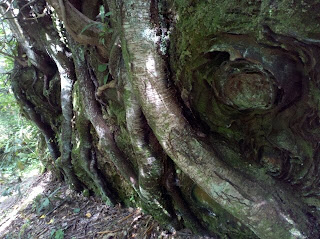 As the day grew long and the hours spent chasing diamonds began to stack up, the levels of our water bottles shrank lower and lower. Our shirts were stuck wet to our backs and the chorus of complaints began from the kids. And then the path grew considerably tougher. 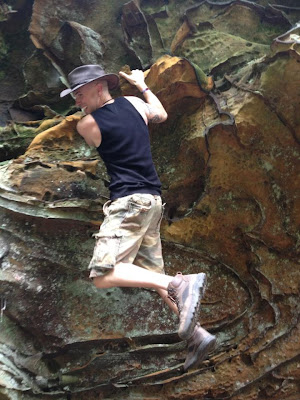 We were over 2 hours into the hike when we realized something might be amiss. I ran ahead and the group feared that I was lost. Kayci shot this pic while I was missing and the group had learned that we had overshot our mark. We had missed Greys Arch and hiked nearly a mile too far.
This is pretty much the way I found them when I returned from my run ahead. I had ran along the trail until I came to a peak where I could see endless wilderness. My water bottle was over halfway depleted... we began our walk back. The kids seemed overwhelmed by the realization that we had another 2 hours of rugged terrain to again cross! 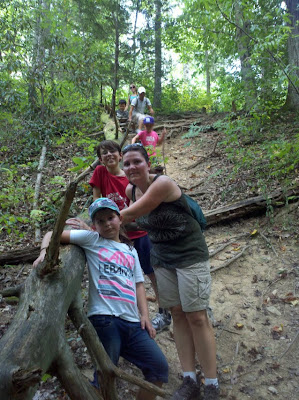 As we neared the end, spirits again began to rise as the children realized that they would not expire of starvation, dehydration, exposure, or domestic violence. At the end of the day, we had covered 5 miles of the most difficult trail in the Red River Gorge in just under 4 hours. The kids walked out onto the pavement with their arms held high and a sense of accomplishment.

I had to give an attaboy to Caleb in particular. At the beginning of the trek, on the first bridge we crossed, he was standing on the rail and lost his footing. He had fallen, slamming down onto the boards and then started going over the edge headfirst. The creek bed was about 4 feet below with large rocks lining the bottom. Somehow, with one leg dangling, he reached up and grabbed the rail and pulled himself back up. He had scraps on his legs, a nasty bruise/sandpapering on his upper thigh, and a knot on the side of his knee. But he got up and kept going. He slipped on the first few steps, but then toughed it out and finished strong. I think we got a glimpse of some strong character that is developing deep inside of him.

The last time we were here was 5 years ago, and our family looks quite differently now. We are older, I am not as hairy, we have grown in numbers, and our future and goals have shifted into a path that few take. We are grateful to have these few days to refuel, and to spend with our dearest friends.

The next time we all hike mountains together, they will be volcanoes.
Posted by Chad P. Shepherd at 5:51 PM