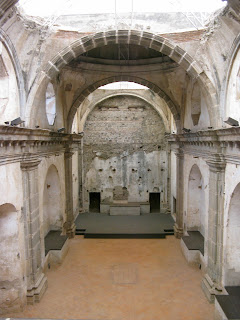 The LORD your God is with you,
the Mighty Warrior who saves.
He will take great delight in you;
in his love he will no longer rebuke you,
but will rejoice over you with singing.”


I have never been so sure of the existence of God as I am of late. There have been so many remarkable occurrences these past 6 months, that they nearly bring me to my knees with just the acknowledgment. It all began in the home of a friend in West Chester... Mr. Renner. 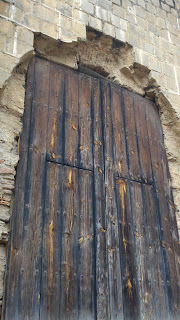 We were there to meet the missionaries whose home we had stayed in the summer prior, Fontaine and Paula Greene. I remember standing in the family room area and listening to Fontaine as he clearly and sincerely described the desires and convictions of his soul. I stood in that circle of friends and felt the tears roll down my cheeks during our final prayer. Something real had grabbed my heart. This was a truth that I had only hoped for, and maybe even longed for. I felt the belief that I had embraced as a child. Simple faith. I had encountered people who did not merely fret about the problems of the day. They believed in the words spoken enough to allow them to become life lived. And now, what would I do when I realized my current condition was shallow as a religious man seeing pain, and then passing by on the other side? 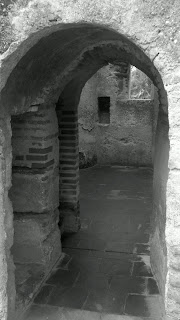 Kellie and I drove home in mostly silence that evening. We spoke briefly of our excitement for the upcoming summer trip, but my mind was overloaded with reflections of the Greene's words, and the path that had brought me to the place I found myself. By the time we reached home, I knew that I longed to gain what the Greene's had. I wanted to believe.


The next morning dawned as Sunday. I recall that the Greene's were in the service... but, I can not replay in my mind any words that were spoken. I felt like I had found lost treasure. I walked out of the building holding a secret that I was bursting to pursue. I began talking to Kellie about how I felt, and I was afraid. My ideas seemed so huge, and I was consumed by powerful conviction that I feared was nothing more than emotion. 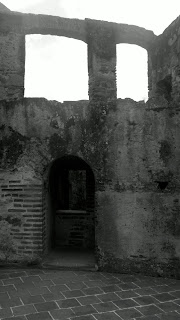 To my shock, before I could fully verbalize my conception, my wife jumped into the conversation and finished my sentence. She shared with me the thoughts that had been stirring in her head over the past 24 hours... I was stunned for the first of many times, because her conclusions reached paralleled my own.


Since that day I have spent two additional weeks working with Catalyst in Guatemala. I have had a great many conversations with people I trust and admire. The same message came to me through 3 different people, all within a 12 hour time span.


Sam, a pastor I had met for the first time; edgar, the man I had worked alongside on construction projects and worshipped beside; and Stephen, my uncle. 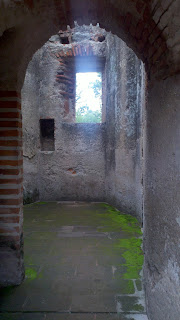 All three men shared with me this singular concept. Those who are successful in missions work are those who have no other alternative. They are called to do so by God, and they have no other recourse except to answer. If a person has any other acceptable alternative in life, he should take it. Missions are only for those who can not escape.
It has to be more than emotion and intention. It must be a relentless belief that can endure hardship, sacrifice, and be comfortable with insecurity, fear, risk, and solitude. These pictures are taken from the ruins of the Convent of Capuchins in Antigua, Guatemala.
I pondered these thoughts as I walked through the 275 year old ruins and retraced the steps of the nuns who gave up everything to enter this place with an agreement to abandon all possessions, all contact with family, and never leave. 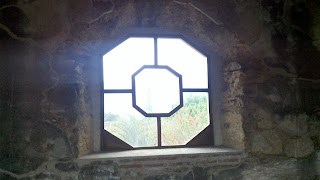 Theirs was a life lived simply, consecrated to their beliefs... held faithful to the end of their days. Again, I was struck by the power of their convictions... belief turned to action.

During my returns home, I began to share my heart, my longing for this type of life... a living out of belief and embracing the power of a true walk. Although I was unable to discern the cause of my struggle, I found the subject difficult to discuss with my parents. Finally, upon finding the nerve to speak of it, I was stunned by my parent's response. My mother said, "we have known you were thinking of this, we saw it in your words and actions."
Again... after finding the strength to put air and voice to my hopes, dreams, and visions to the director of C.R.I., I was blown away to find that his vision could be dropped onto my own like an overlay with no variance.
Walls that have stood tall and immovable, blocking even the exploration of possibility have simply vanished as I lifted a foot to step in their direction. People who would be barriers by their position, have reduced me to tears with their statements of support. Phone calls whisping on nothing more than puffs of hope were met even yet today with incredible serendipitous convergence. How is it that I could place a text at the precise moment that the eyes of those who could help me were being inexplicably turned to the obscure direction of my need?
How is it that monies needed and unavailable are now being sought by a man who is available, willing, and prepared to do so? How is it that he suddenly shares the conviction that is echoed on my own soul... catching frequency in us both at the necessary moment?
How is it that eyes are being turned to the message that is shared, and hearts are open to action? How can it be that requirements of institutions 2000 miles from my home, that I have never heard of... can match exactly the history of experience that my wife and I posses?
How can it be that this road of adoption that we have followed... that has been so incredibly delayed... how can it be that now it aligns us into a perfection with the goal in sight, and obstacles cleared?
How can it be that our once closed and wounded souls have been healed and made open for this moment before us? How can we stand here and not be moved?
How could I do anything other than begin walking this path?