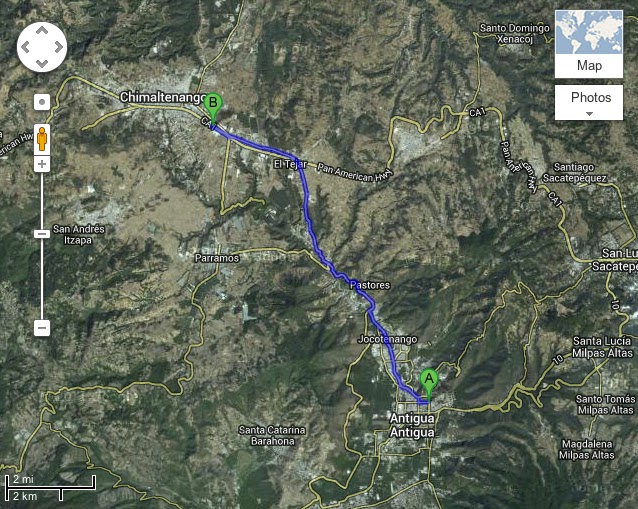 "your kids are alive and well!
They both reported a great week!"

The drive from Antigua to Chimaltenango was our first venture outside of Antigua since driving here from San Cristobal last week. Driving in Guatemala is a true adventure. I was never a fan of video games, but in retrospect I should have been.

The variety of things that darted out into my pathway seemed never-ending and constantly surprising: goats, cows, mama with stroller, endless dogs, bicycles, motorcycles, automobiles, tuk-tuks, delivery trucks, semi-trucks, the police, the military, private security, loads of produce, building materials... all competing for the same stretch of pavement.

It is a total blast! 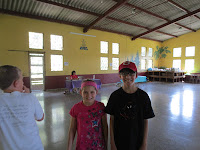 As I engaged the 4 wheel-drive, the phone buzzed with the text from Fontaine that our kids were happy and well! 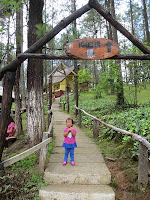 As soon as I saw Caleb I asked him, "how was camp?" And, " so do you want to come back next year?" His immediate response, "It was AWESOME... YEAH!" After a few worship songs we had lunch with the kids and met many missionary families... and reunited with a few! The camp grounds were absolutely breathtaking! The entire camp is layed out on a mountainside. It is the like the camp stuff of movies!

We loaded up the truck and headed back to Antigua for an epic clothes-washing challenge, along with a special treat of Domino's pizza!

The evening ended with an invitation to a birthday party from some Americans living across the courtyard. Happy Birthday Ellie! The giant piñata was awesome!

So, we have been here 11 days now and we have a few experiences chalked up. The drive home included a few wrong turns and an intimate exploration of very tight streets in a could of towns previously unknown to us... thank goodness we can always look to the local volcanoes for direction!

I think life is like that a lot. Buckle up, get ready for adventure, enjoy the scenery, and if you get lost... look to the sky.

I know the one who made it.