Not Until We Are Lost... 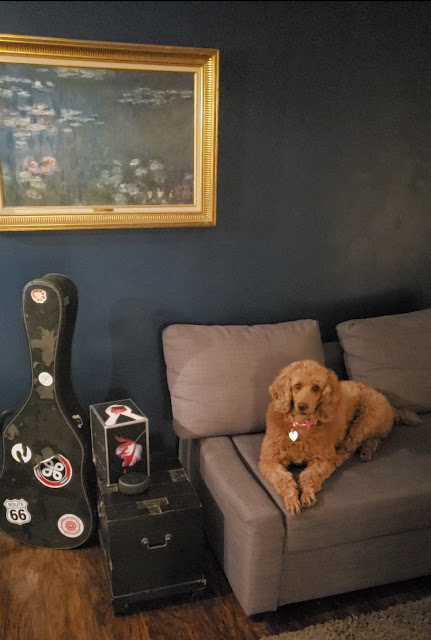 ... do we begin to understand ourselves.
-Henry David Thoreau
There was a dirt pile to the east of our above ground, twenty-four foot  round, Coleco above-ground swimming pool. I'd carved Lombard Street style Hot-Wheel paths from the top to the bottom and I'd sit at the top with my canine brother, Duke the German Shepherd mix as we'd survey our universe and feel that the world was very much managed.
I had the love of my parents, the sun rose and fell, and the dust would swirl while Hot-Wheel cars were powered by forever moving hands. Baloney sandwiches and Coca-Cola bisected the day and the evening would present pork chops on the grill.
I remember fifth grade and the election of Ronald Reagan. I remember that was the first time that I questioned the safety of my world. His speeches captivated me even at a young age. I remember hearing his "shining city on a hill," and his concept that peace is available at any time, all you have to do is lay down your arms and surrender to your enemy.
I remember the fall of the Berlin wall after he proclaimed, "Gorbechev... tear down this wall," that was realized under George H.W. Bush. I remember the challenger explosion before that. I remember the "slip the surly bonds of earth a kiss the face of God" quote that brought tears to a nation.
I remember parachute pants and Cabbage Patch Dolls and Max Headroom. Coca-Cola beat Pepsi and Pepsi set Michael Jackson on fire. Penny Racers and pencil toppers, paper frogs and thirty-five cents ice-creams. The future was unknown, but it didn't matter. I lived in the moment and the moment was good.
Recently I have rediscovered the moment. My hands now power a full size car and Coca-Cola has given way to a nice Cabernet Sauvignon, but the canine friend is still a constant, I'd not have made it through the past year without her. Things I love now are simple, like the sound of bathwater or the heat kicking on.
And the truth is, these days are better. Still looking onward, but more intentionally living in the now.
Posted by Chad P. Shepherd at 10:17 PM