God Over Us, Finding Him in Silent Footfalls

"The silence sings. It is musical. I remember a night when it was audible. I heard the unspeakable."
-Henry David Thoreau.

What is the sound of four thousand students walking through the streets of Indianapolis? This question had been answered all week long with a chaotic consistency. It is the sound of a thousand chickens when the corn is thrown. It is the sound of a sky-full of seagulls when an unsuspecting beach-goer rips open a bag of chips. It is a massive percusive wave that comes with a blaze of hashtagable fury.
But not this night. On this night, it is the sound of silence.
Those within the city stood witness to something of a minor miracle. Four thousand students walking en masse across the gridlines of the capital towards a central park in reverant silence.
"Hey, what are you marching for?"
The shouted query was met with nervous shuffles and sealed lips. "Oh, I get it... it's a silent march!" The car sped away with a laugh as we continued silent step by step.
What were we marching for? That seems a legitmate question. I suppose it wasn't a march at all, just a walk in the night to contemplate the unspeakable God who spoke everything into being.
We assembled again under the sky. We prayed. We shared holy communion.
The night was musical. In the silence we found God. 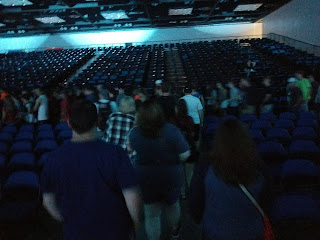 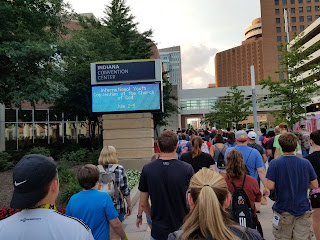 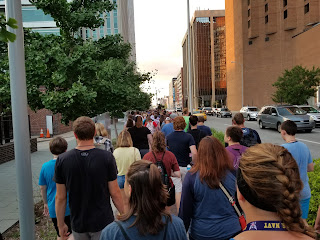 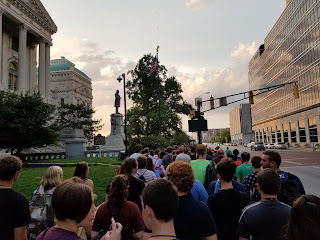 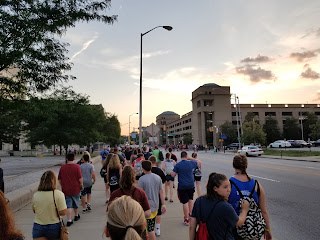 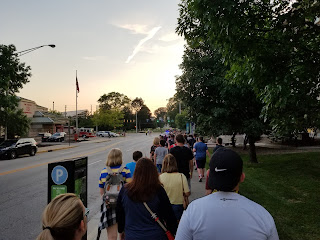 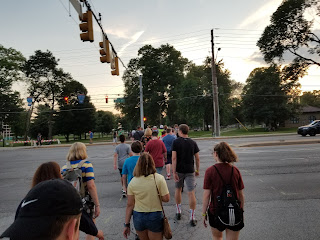 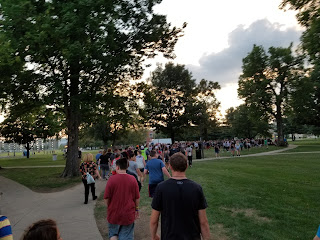 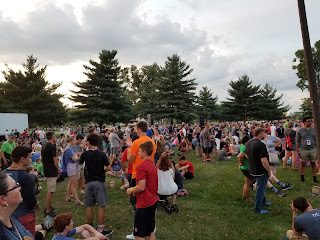 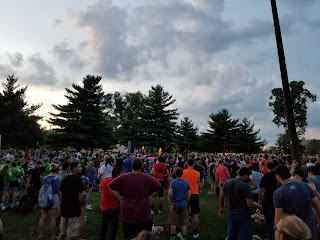 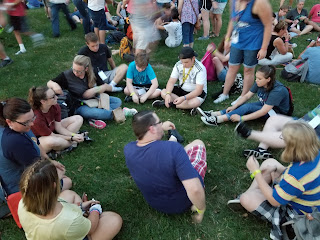 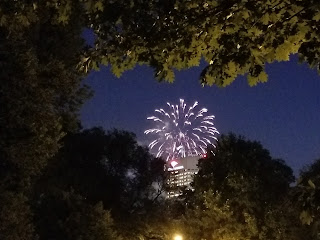