Longing for a Better Country - Announcing Our New Home

All these people died having faith. They didn’t receive the things that God had promised them, but they saw these things coming in the distant future and rejoiced. They acknowledged that they were living as strangers with no permanent home on earth. Those who say such things make it clear that they are looking for their own country. If they had been thinking about the country that they had left, they could have found a way to go back. Instead, these men were longing for a better country—a heavenly country. That is why God is not ashamed to be called their God. He has prepared a city for them. -Hebrews 11:13-16 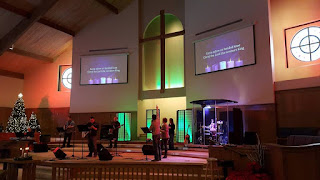 On the nineteenth day of July, nearly five months ago, Kellie and I began a new faith journey when we announced that we were leaving Guatemala. Our message was clear, God commanded us to immediately go back to Ohio and wait.

I remember the calling of the disciples when Jesus said their names, told them to follow him, and they immediately dropped their nets.

I've always wondered if I'd have the stuff to do exactly that; to simply drop everything and follow.

In that moment late last summer, God gave us exactly that choice. Would we follow Him, without reservation, or would we chose to sit safely mending our nets (Mt 4:18-20)?

August the first Kellie and the kids boarded their flight as I set out with my uncle Stephen on a 3,000 mile road trip out of Guatemala, up through Mexico, and across the southern states. Within the week we reunited in Trenton, Ohio and began to wait on the LORD.

We made our faith walk public, sharing with transparency our hearts and inviting anyone who might read along the path as we met unexpected turns and encountered people along the way who strengthened our faith. God has blessed us as we've shared the good times and the tough times with you.

In October of 2014 I was invited by the Ohio State Pastor of the Church of God to present Journey Church Guatemala as part of her Director's Report at the Ohio GeneraSl Assembly. Little did I know that God was weaving a plan even in that moment. There was one other pastor that the director had asked to tell of his congregation, Pastor Alan Leach of Connection Point Church.

My search this fall for the place where I could serve in pastoral ministry led me back to the office of the state director. Rev. Dr. Cottrell presented me with six congregations in need of pastors, with one of them being an associate position with Connection Point.

From the first time Kellie and I met with Alan and Kim, there was an undeniable match in spiritual DNA. Over the past months God has confirmed over and over that Connection Point is that place that God has now made known to us. Our hearts are grateful and our souls are at peace.

Today in an all church business meeting, the people who call Connection Point their home church affirmed that calling and I accepted the position of Associate Pastor with great appreciation! My first day with them will be January 1, 2017.

Through our lives, God has made it clear that He demands obedience and faithful steps if we are to follow Him.

So, wherever you are in life, this world is not your home. We all long for a better country.

For the Shepherd family, in the meantime, He has called us to a new place to join new faces that already have become family, as together we take faithful and bold steps in His story.

From all our different points on the map, let's keep taking bold, faithful steps of obedience. 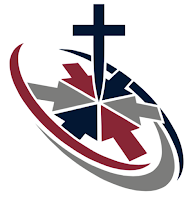