How To Kill a Bat (and Scream Like a Sissy Girl)

I decided to give the kids a break and I was washing dishes like a champion, music blasting, towel whipping, and silverware sparkling.

Antony suddenly comes up behind me and says, "Come here. You have to see this." We've had a mouse problem lately, and while I thought we'd killed the last one, I think that he must have killed another one. He's already leading the count, so I'm feeling a little ashamed that he's increased the lead.

He shines a light up on the wooden beam of the ceiling and I see a brown mass and I shiver as I think it's a tarantula! As I looked closer I realized it was not that, but something equally disconcerting... a large, brown, bat.

Like any good post-modern citizen of the United States who finds himself in Guatemala with a buddy while a bat is in the house, I grab the camera.

After this traumatic moment, I finally take a bat down with a pillow. It's the third time this beast has been taken out of the air, and I pin him with a pillow as I call for back-up. 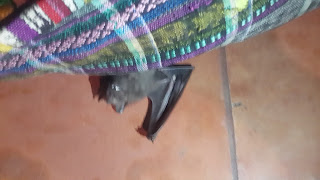 With Antony standing by with a raised shoe, I slowly peeled back the pillow until the creature of the night's head was exposed. "THWACK, THWACK, THWACK." 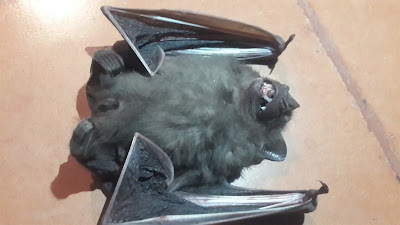 Like a scene from a Vampire move... it lay lifeless on the tile. However, I didn't want a repeat of my shriek, so we nudged it with a hammer before I put on thick leather gloves and pitched it out of the house.

We are pretty sure we saw three bats. There are two clearly seen at the same time on the video... and yet, a 30 minute search of the house, room by room, corner by corner... revealed no more bats to be found.

Maybe it went out the door?

Maybe it's waiting for me to fall asleep?

Antony and I, along with Aleksandra, went outside to see if the bat was still dead. 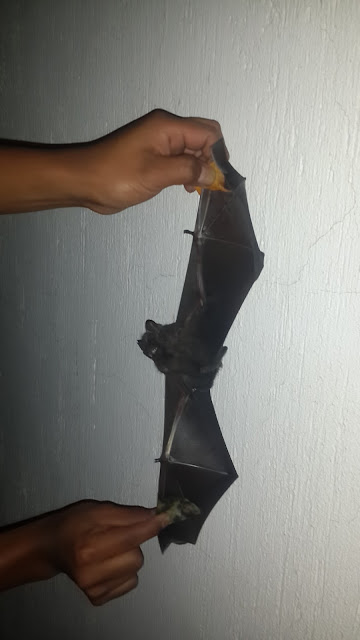 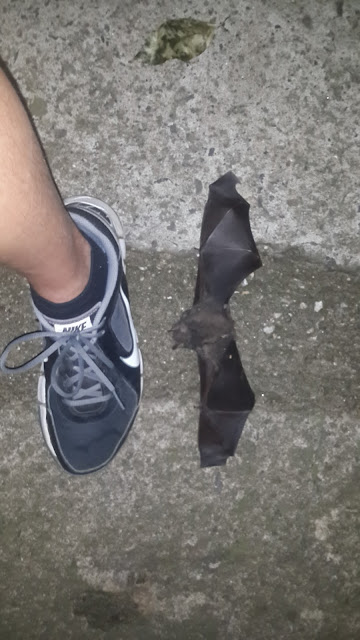 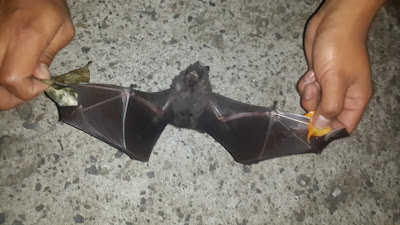 Who knows what other adventures this night holds?

Disclaimer: One bat was harmed during the making of this blog. In fact, it was killed.