How to Shear a Shepherd: a Cut for a Cause. 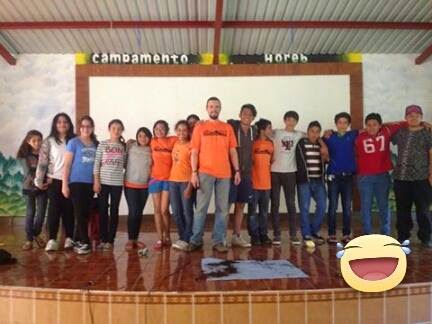 How do you motivate 100 teenagers on a primitive camping excursion? What prize do you offer to offset their loss of wifi, running water, electricity, and your demand that they focus spiritually on becoming holy like God is holy?
The challenge was being issued to live an "unblemished" life in pursuit of the knowledge of God. The reality was that I needed clean cabins, a respected schedule, and behavior and libido kept beneath the threat of chaos.


My budget was limited, my resources finite, and the thought struck me... while on the two-busses full of teenagers, on their way to camp ride, as I stood in the open door of bus one... "I didn't  prepare any prize for the winning team."

The sun was beating down and my hair was hot and in my eyes. It occurred to me that I'd like to have it short again. My hair. MY HAIR. Of course! Balancing on the bouncing step as the bus swerved through morning traffic, I pulled the phone from my pocket and texted Kellie,


Good morning Chica. Sorry I growled at you this morning. I have a lost perpespective when I wake. I am considering allowing the winning team to cut my hair. Would this be upsetting?


On the contrary. (smiley) Not at all. Praying for your time.

I had an official green light from my wife (a little more enthusiastic than I liked), and now I just needed to keep the nerve. I decided I wouldn't tell anyone until I announced it to everyone. This allowed me some time to chicken out.

After all, growing my hair to this length had been an 18 month trial of growing through all sort of awkward lengths. Now it was finally where I wanted it, I could tuck it behind my ears and even tie it back. I knew it looked a bit crazy, but I'd had some fun with it.


We arrived at the camp and it was up to me to describe the rules, the games, and the incentive. My associate, the Academic Director had asked me what I planned to give the winner and I had said, "It's a secret. Just trust me." So now it was pay-off time. I told the kids, "I have a prize for the winner, and I think it's one that will be worth your effort."

I told them the winning grade level would select a single student who would be given a pair of scissors, and then that student would be free to cut my hair any way he or she wanted. The response was immediate, loud, and everything I hoped for. The incentive had been delivered and the game was on!

24 hours later I stood sweating and nervous on a stage with the results in my hand. I had not expected to be emotional. But, I had made a promise and I was determined not to back down. These kids had met the expectation and now I was going to give them a memory of a lifetime.

Fabrizio of the winning 8th Grade Class stood over me, shears in hand while the room was silent in anticipation. I realized that everyone expected me to revoke the offer. No one there believed that I would allow a student to cut my hair. I had a microphone in my hand and I said, "do it."

He gathered up the longest portion of the back, held the scissors in place and paused, "are you SURE Mr. Shepherd?" My response... "CUT IT."

I felt the scissors slowly going through the tail, crunching through the individual hairs. The scissors snapped shut and I saw the hair hit the floor. The room was DEAD SILENT. The front row of the auditorium held the 9th and 10th grade girls. I looked out at them... they all had hand-covered open-mouthed faces of shock.

I realized that I had maybe gone too far?

The school owner was staring at me big-eyed... even our head of security was there with a look of disbelief. Time seemed suspended! Fabrizio leaned down and said, "Mr. Shepherd... I am so sorry."

We had crossed the threshold of no return... and I said, "keep cutting it brother". I could feel my face red, every eye on me, I had not intended to SHOCK them all. I had envisioned this as a moment of cheers! I asked for music to be played as the barbering continued... finally the students began to relax as they saw that I really was agreeable to the cut.

Tensions eased as the hair accumulated. The students began to find it humorous as my lopsided and jagged haircut finally was completed. Feeling like a recently shorn dog, I put on my bigger feeling hat, and walked off the stage. The retreat was over, I had my new-do, and the kids had a camp memory they'd not soon forget.

Only one hurdle remained... I needed to tell my mom before it hit social media!


I need to give you advance warning that I no longer look quite so Jesus-like. While part of me enjoyed long hair, and would like to grow it much longer, it was time-consuming, sometimes irritating and hot, and did draw its share of criticism. While it seems that folks like to fuss at my hair whether long, short, or none... it occurs to me that I am the one wearing it, and I prefer it tightly shorn. Especially due to the extremely busy nature of life in this season. And so... I used it as a student incentive at our retreat this past week. The winning team of campers... was handed a pair of scissors and allowed to "cut my hair anyway you want."

This proved very effective in generating competition. The eigth grade class won, and made a mess of my hair, and even carved a smiley face in the back. This would have been horrendous, except that I knew my final intentions, and went home last night and promply clipped the remainder down to consistency with a no-guard trimmer. So... it's not considered "bald," but it is nearly so (my head is cold). After you have read this an emotionally absorbed the shock, let me know and I'll send you photos. I plan to blog about all this, but I figured I owe my mama and papa advance notice. Another funny thing is that my co-worker bragged that he'd do it too... but it seems he did not think I was serious about it. Ha! He doesn't know me as well as he thought!


That was a few hours ago. I'm not sure if she's seen my message or not. So... momma, friends, and the rest of you, I'm saying goodbye to hairspray and back to sunscreen. So you're not shocked when you see me out and about... here's the new me. P.S. my head is COLD! 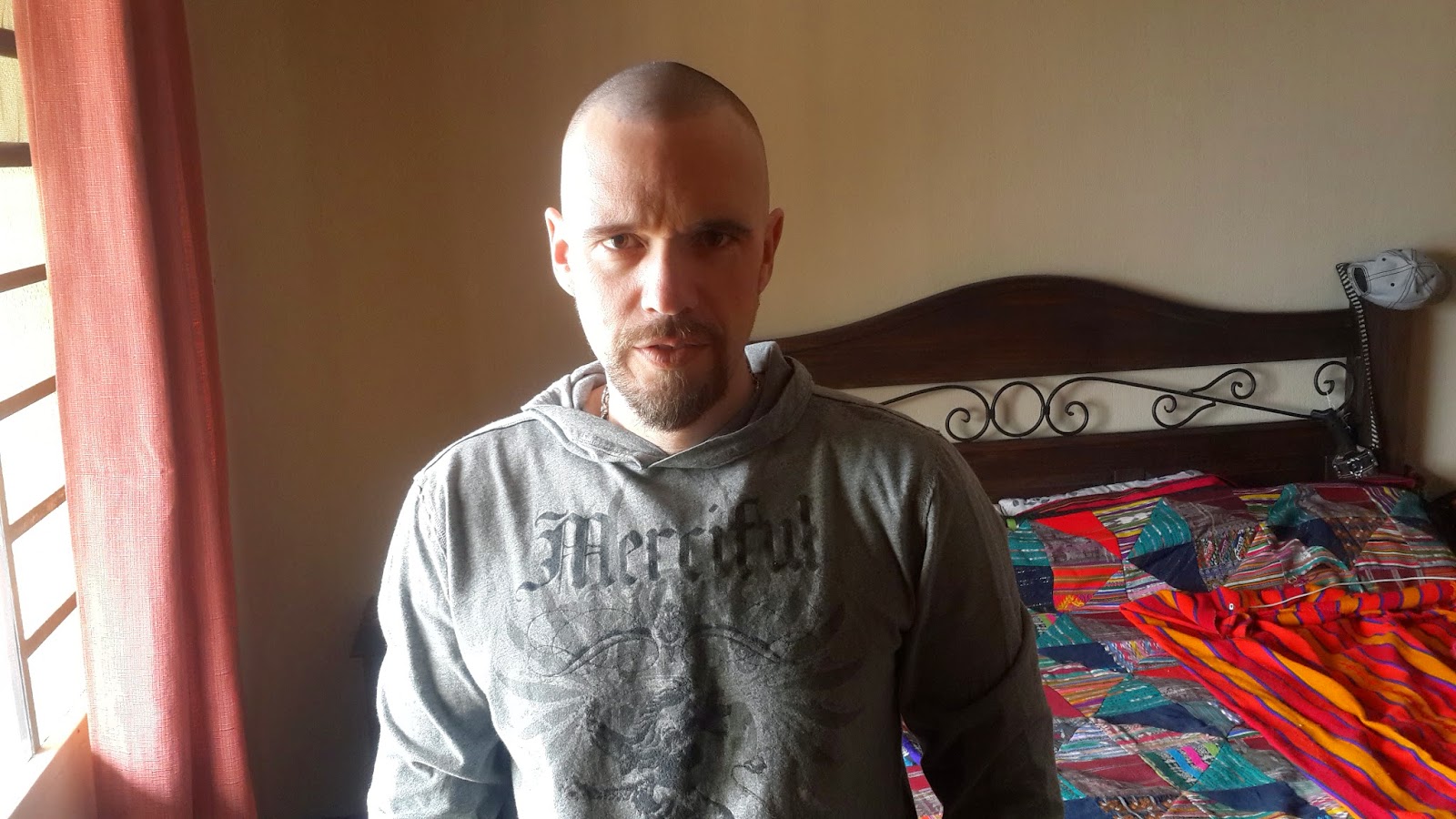 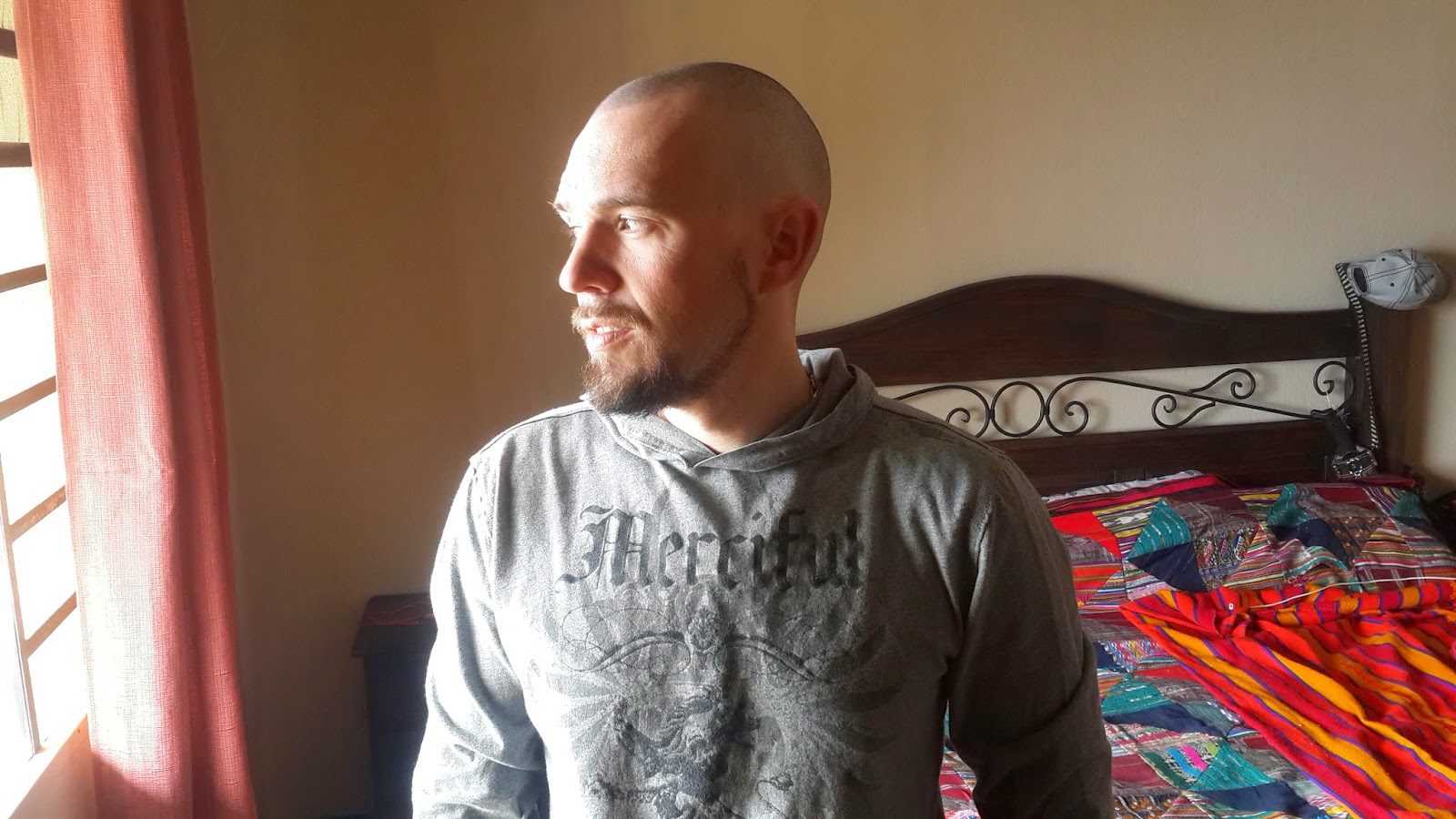 Email ThisBlogThis!Share to TwitterShare to FacebookShare to Pinterest
Labels: Hair We Go.