To Retreat is not to Run: A God Encounter.

It was the second and final day of the retreat. I knew I was expected to deliver a talk to about 60 high school kids. I looked at my watch and watched the second hand sweep past 6:00 a.m. The devotional was in 2 hours. I had a topic, I had some notes, I could wing it... but I just felt strangely content and unworried about the message.

Typically I have a process and careful notes. Not this morning. I was completely unprepared and I felt peaceful about it. I remember smiling at the absurdity of the situation.

I was sitting on my bunk at the top of the stairs, commenting that the entire room of 5th grade through senior boys smelled like a mixture of arm-pit, Doritos, and Febreeze when my phone vibrated. It was Journey Church | Guatemala band leader, David Toledo. He was scheduled to arrive at about 7:30 to lead us in worship.

"Woke up this morning and I felt like I could share a testimony them them. Totally optional." 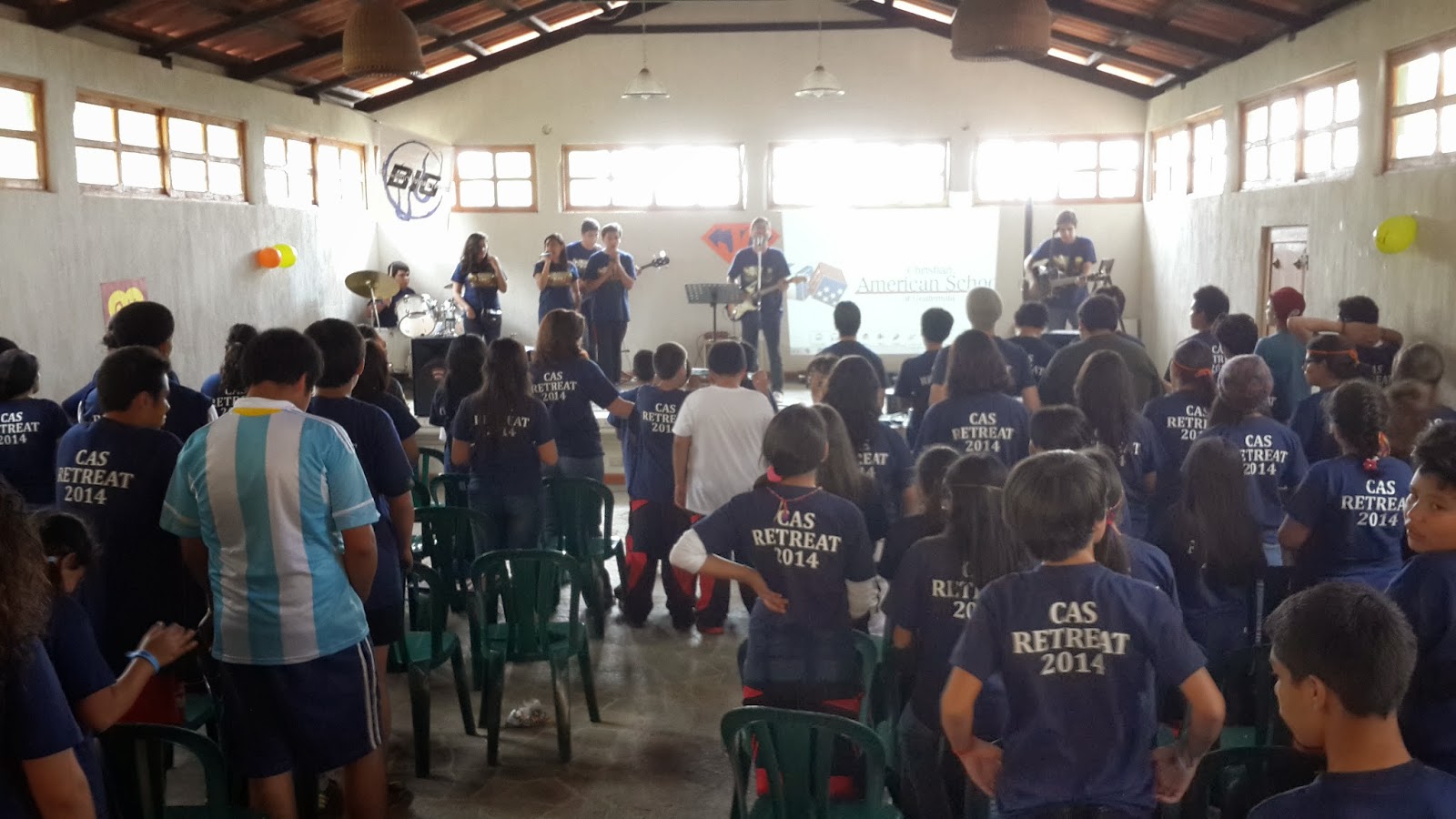 I was immersed in his words. They were powerful and the room was silent. My reflection is broken as I realize a shift in the moment. David turns to me, hands me the mic, and says, "ok... do your thing."

And so I explained that God often makes himself known to me in unexpected places. When my eyes are open to see, He suddenly appears and speaks into a moment. I told the kids that when this happens, I like to call them "God Moments." I held the mic out towards them and asked for them to tell us all about those God encounters they had experienced over the past 24 hours of the retreat.


Silence met the first 10 seconds, but I raised my arm and lifted the mic out towards them.

This group is not a group that expresses their feelings. I have been trying to get them to share their opinions, emotions, and journal entries in Bible classes on Mondays since October. I have had almost no success. I felt so silly holding that mic out. I had made this same offer time and time again... not getting any volunteers.

But a hand raised and feet came forward. And powerful, insightful words were shared by a high school student in front of her classmates. I was speechless. I was wiping tears. And it didn't stop there. For 30 minutes, student after student grabbed the microphone from my hand and talked about how God had captured their attention and spoke to them during the retreat.

I was blown away. These kids were changing in front of my eyes. So many who had been unwilling to profess their faith, were now doing it powerfully, persuasively, and sincerely in front of their peers. The Power of the Lord (the retreat's theme) had taken down barriers.

We had a student who made the ultimate yield to follow God! We had students praying in groups. We had students asking for forgiveness, and then receiving forgiveness with the physical manifestation of tears and hugs right there, open and in full abandon of fear, in front of everyone.

My God moment. Yes! This was that moment. Again I find myself absolutely shocked by the way that God works. Add Camp Retreat Coordinator to my resume. And add... Unqualified, but willing. I am still crazy pumped up from the day.

The power of the lord moved through these students. I am so grateful to be a part of this amazing school. Thank you Christian American School students, I am honored to share these days with you.

I keep dozing off as I try to type. I was night-watchman last night. no students escaped.

I am exhausted. I am sore, tired, and fully spent.

(I fell asleep...document edited and sent upon waking).